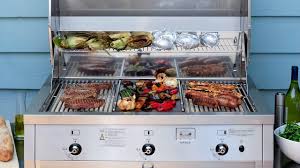 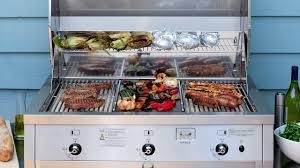 It’s common knowledge that smoking and secondhand smoke are major risk factors for lung cancer, as are pollutants and inhaled toxins. But  some research suggests that what you eat can also play a role.

For example, studies have linked foods high in saturated fat and processed carbohydrates to an increased risk of lung cancer.

However, unlike cigarette smoke—which should be totally eliminated from your environment for healthy lungs—it’s not necessary to completely cut these foods from your diet, says Nicholas Rohs, MD, a thoracic oncologist at Mount Sinai Hospital in New York City. People who don’t smoke, usually eat healthy, and exercise have a lower cancer risk overall and these foods may not be that harmful in moderation.

“Patients with well-rounded healthy diets and good exercise not only prevent cancer by curtailing weight gain, but also those who are diagnosed [with lung cancer] do better with this lifestyle,” Dr. Rohs notes.

A July 2017 study in the Journal of Clinical Oncology linked saturated fat intake with an increased risk of lung cancer in smokers and those who had recently quit smoking (in the previous 10 years). The study’s authors combined data from 10 previous studies including a total of 1.4 million people and more than 18,000 lung cancer patients. They found those who reported eating the most saturated fat had a higher risk of lung cancer than those who ate the least, while those who ate the most polyunsaturated fat seemed to have a lower risk than those who ate the least. “The underlying mechanisms remain largely unknown, but it is possible that current and recently-quit smokers may particularly benefit from improving quality of dietary fat,” explained study co-author Danxia Hu, an assistant professor of medicine at Vanderbilt University Medical Center in Nashville, via email.

A 2009 study linked beta-carotene, which is naturally found in carrots, squash, spinach, and other colorful vegetables, to an increased lung cancer risk in smokers. It’s important to note that the study looked exclusively at beta-carotene supplements, not naturally occurring sources of the pigment.

“I don’t think people should be supplementing with beta carotene, just eating the foods that have it.,” says Dr. Rohs. “Don’t avoid foods with it because they aren’t going to do anything [harmful].”

In fact, a March 2016 study in Cancer Epidemiology, Biomarkers & Prevention  suggested that people who consumed high-sugar diets had an increased lung cancer risk compared to those who did not. Not all sugars are bad, however. When choosing carbohydrates, opt for complex carbs like whole grain breads, brown rice, and fruits and vegetables, since these contain fiber that can help lower cholesterol and they contain few to no added sugars.

“Processed carbs translate to obesity, which is a risk for many health issues besides lung cancer,” says Dr. Rohs. Previous studies have shown diets heavy in foods with a high glycemic index(meaning they can raise blood sugar quickly, which is often true for processed carbohydrates) also contribute to type 2 diabetes risk.

Charred and barbecued meats have been linked to a higher risk of pancreatic cancer and breast cancer, not lung cancer. But the grilling process generates carcinogens that are released when the meat fat is burned.

“Grilling can release polycyclic hydrocarbons and those can go into the meat and be cancer-causing,” explains Dr. Rohs. But don’t swear off grilling season just yet: Dr. Rohs says to avoid noshing of charred pieces of meat, make sure you don’t over-grill your burgers and dogs, and enjoy them in moderation.

Plus, a 2008 study from Kansas State University’s Food Safety Consortium found that adding the herb rosemary to hamburgers reduced the levels of carcinogens by 30% to 100%.

An August 2013 study published in the American Journal of Respiratory and Critical Care Medicine looked at populations in Bangladesh where arsenic levels in drinking water are particularly high. Researchers evaluated 950 Bangladeshis and found that people exposed to arsenic, even at moderate levels, had compromised lung function compared to those not exposed to arsenic. The damage was on par with decades of smoking (although they didn’t specifically look at lung cancer risk). Those who also smoked and were exposed to arsenic had even worse lung function than non-smokers, as measured by lung capacity and the ability to expel air.

Drinking water with very low levels of arsenic and consuming foods with the element in moderation is fine, says Dr. Roh. “Passive exposure shouldn’t have a significant increase on lung cancer risk,” he says. “There is a threshold level that you need to pass to have a risk.”