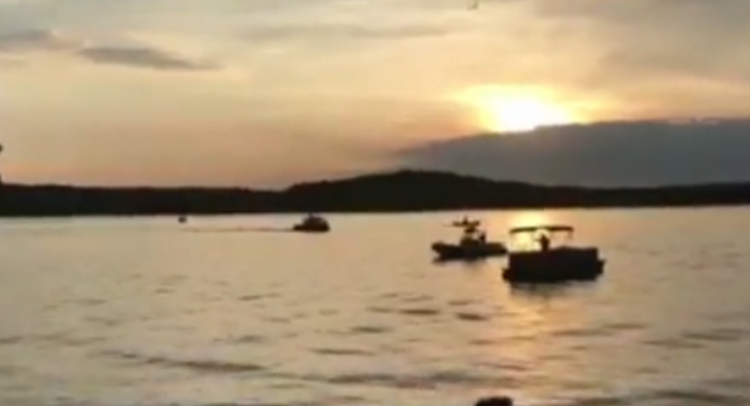 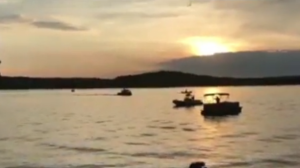 Divers on Friday pulled bodies from the wreckage of a “duck boat” that sank in a storm in a Missouri lake, killing at least 13 people in one of the deadliest U.S. tourist incidents in recent years.The World War Two-style amphibious vehicle was filled with 31 passengers including children when a microburst storm hit Table Rock Lake outside the tourist city of Branson, Missouri, on Thursday. A video of the incident showed it battered by waves.

“It’s important that we find out for sure what events did occur,” Governor Michael Parson said. “Today it’s just still early.”

The incident began around 7 p.m. (0000 GMT) on Thursday after thunderstorms rolled through the area, when two duck boats were out on the lake, officials said. Both headed back to shore but only one made it, and the sunken duck boat is now about 80 feet (24 m) under water.

“From what I understand there was life jackets in the duck,” Stone County Sheriff Doug Rader said at the press conference. He declined to answer questions about whether passengers on the duck had been wearing them at the time.

The National Transportation Safety Board and U.S. Coast Guard are investigating, officials said. Rader noted that the boat’s captain survived the sinking but the driver did not.

Officials did not comment on the identities or ages of the other people who drowned.

“Our number one priority is the families and our employees that were affected by this tragic accident,” Suzanne Smagala-Potts, a spokeswoman for Ripley Entertainment, owner of the duck boat, said on Thursday.

Duck vehicles, used on sightseeing tours around the world, have been involved in a number of fatal accidents on land and in the water in the past two decades.

Thirteen people died in 1999 when the duck boat they were riding near Hot Springs, Arkansas, sank suddenly.

The company that builds ducks, Ride the Ducks International LLC, agreed in 2016 to pay a $1 million fine after one of the vehicles, which operate on land as well as water, collided with a bus in Seattle, killing five international students.

The company admitted to failing to comply with U.S. vehicle manufacturing rules.