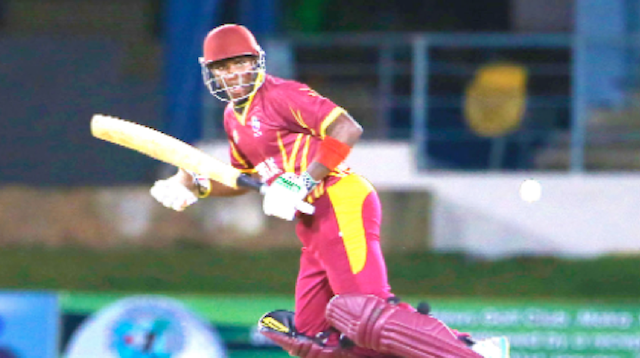 National and Leeward Islands cricketer, Devon Thomas, believes that the time he spent playing professional cricket in Jamaica has improved his game which has, in turn, resulted in his recent recall to the Windies set-up.

The CUB Bethesda Golden Eagles captain was recently named in a Windies A squad for a Tri-Nations Series in England later this month.

“I feel good about the call up but I think that over the last three years, playing for Jamaica and two years with the Leeward Islands, I think I am more mature for this level. I think I have a lot inside of me still to represent the West Indies and this call up is an honour for me and I am very happy,” he said.

The player was first drafted by the Jamaica Scorpions back in 2015 and then again in 2016 where he played professionally for two seasons before returning to the Leeward Islands.

Asked to respond to calls that he turns his focus back to wicket-keeping, especially at the regional level, Thomas said his aim is being a complete player.

“Yeah, I still see that as probably the easiest way into West Indies cricket for me but I always think, for me, I want to be seen as a cricketer [not just a wicketkeeper] and at the end of the day if keeping is what suits the team on the day then so be it but to be honest, I think I am just a natural cricketer,” he said.

The 28-year-old wicketkeeper batsman has played 23 ODIs but has not represented West Indies in five years. He, however, struck an impressive unbeaten century in the Super50 Championship last February and has been in fine form for his national leagues, scoring over 600 runs thus far.

He joins all-rounder and fellow Antiguan, Rahkeem Cornwall in the squad.