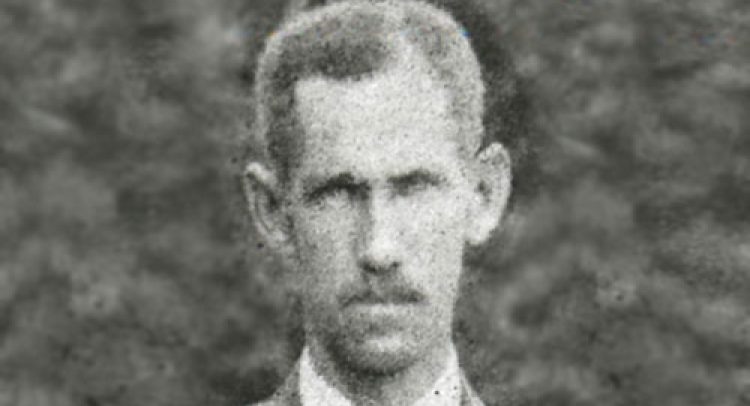 Thomas Manchester was born on the 16th August 1880. He was the sixth child and second son of James Thomas Allan Manchester and his wife Ann Catherine Atherton. A pillar of the St. Ann’s Anglican Church in Sandy Point, James was the owner of Lynch’s and New Guinea estates, the attorney for the Blake’s plantation and a member of the St. Kitts Executive Council. Together he and his wife had produced seven children, three boys and four girls.

After some years in Canada, where he studied construction engineering, young Tom returned to St. Kitts and took responsibility for running the family business. On the 14th January 1919, he married Ada Killikelly, the only daughter of the Rev, Charles Killikelly, Wesleyan Minister in Montserrat. Manchester had been on that island at the request of the Anglican community to supervise the rebuilding of the damaged edifices. They were married in the newly renovated church and the guests were a veritable who’s who of Kittitian and Montserratan society. The gifts of jewelry exchanged between the bride and groom were indicative of the wealth and social standing that they both enjoyed.

Mr. and Mrs. Thomas Manchester departed for St. Kitts two days after the ceremony. Their only daughter, Kathleen Dorothy, was born on the 4 th December 1923. Manchester ran Lynch’s Estate and managed New Guinea which was his sisters’ inheritance. He also opened a hardware and building materials store on his property at Main Street, Sandy Point. His community spirit ensured that his interest were more widespread and in 1923, on his initiative, the St. Ann’s Cricket Club was formed.

Within weeks of his return to St. Kitts, a fire threatened his home town in Sandy Point. The inefficiency of the Administration, the lack of social legislation and the poverty that surrounded him made a deep impression and drove him to take a stand in the community. In the St. Kitts-Nevis Daily Bulletin, he wrote: long before this fire occurred the attention of the government was drawn to the fact that a fire brigade with proper implements was imperative necessary for the protection of the town but as per usual the request was pigeonholed.

Expressing the concern of all property owners he remarked:

And after describing other poorly handled situations in Sandy Point, he concluded by asking: What is the good of a government that does so little to protect, and safeguard against destructive elements, the people whom it represents?

Ada died in 1928. She was only 38 years old. Grief stricken, and with a little daughter to maintain, Tom Manchester turned his attention to his work and to politics. Everyone in Sandy Point knew that Mr. Tom would lend a helping hand in difficult situations. Together with his friend, Alwyn Ribeiro, Manchester took up the cause of the sugar workers’ need for better wages.

Like his contemporaries in the region, Manchester became active in the campaign for elected representation in the Legislative Council. In 1922 he was one of the founding members of the St. Kitts Taxpayers Association. Its aim was to ensure efficiency and responsibility in government.

His activities on behalf of the disenfranchised aroused the resentment of the sugar baron. He sought the support of other men who understood the problem and were intelligent enough to articulate it and together, in 1932, they started the Workers’ League. On the 28th October of that same year, Manchester along with W.A.H. Seaton represented St. Kitts-Nevis at the West Indian Conference which met in Dominica to discuss the political future of the region.

The violence that erupted at Buckley’s in 1935 was not on the League’s agenda but having an understanding as to the underlying cause of the riots, the leaders were sympathetic and provided a means for some to escape to St. Eustatius, Saba and St. Barths and assisted others with legal representation in the trials that followed. They also realized that the frustration which had caused the outburst had to find a vent for escape through more disciplined activity. Manchester’s solution was the formation of a trade union. Following the passage of the law legalizing trade unions, he asked his cousin, Edgar Challenger to set up the St. Kitts-Nevis Trades and Labour Union.

We are in sympathy with the situation he (Manchester) is endeavoring to represent; but we must also admit that the tendency to great caution, which certainly has its advantages, and which, in this instance, seems to have reached the borderland of fear may be not unnaturally, the reaction to prolonged illness

The League was outgrowing its creator and beginning to see moderation as a fetter.

Manchester’s generous spirit and his whole-hearted devotion to the political issues he had embraced, caused him to neglect his business. As his debts rose, his creditors threatened to foreclose. His estate at Lynch’s was sold but that was not enough. His sisters sold New Guinea to help him out. He died soon after on the 31st January 1943 at the age of 52.