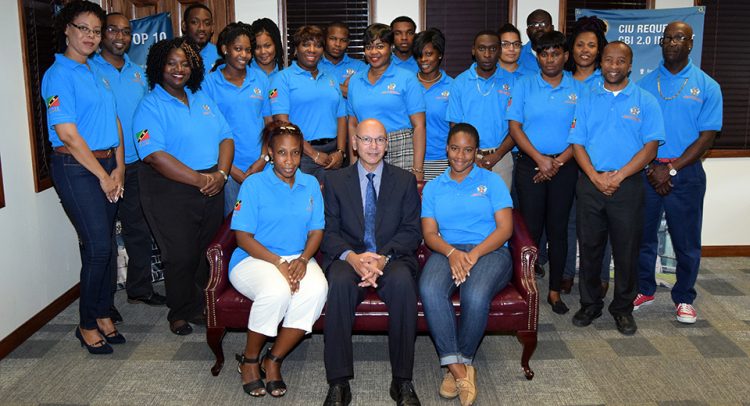 Timely innovations help St. Kitts and Nevis maintain its edge in the Citizenship by Investment industry BASSETERRE, St. Kitts, June 6, 2018 (Press Unit in the Office of the Prime Minister)* – Since taking office in 2015, the Team Unity-led Government of St. Kitts and Nevis implemented a number of reforms to the country’s Citizenship by Investment (CBI) Programme, effectively restoring the programme’s image as a global leader in the citizenship industry and as one of the most trusted programmes in the world.

Not resting on its laurels, the St. Kitts and Nevis Government, through the leadership of the Citizenship by Investment Unit (CIU), introduced a number of innovative mechanisms that ensure the Federation’s programme remains not only competitive in an ever growing industry, but only maintains its position as the platinum brand.

“The innovativeness comes from the fact that we come up with new products and then everybody else follows us,” Chief Executive Officer of the CIU, Mr. Les Khan said while appearing as guest of the popular “Voices” radio programme on WINNFM 98.9.

“Take for example the Hurricane [Relief] Fund, which was something that was created to respond to a need and was put there for a very short period of time. We were the first programme in the world to implement a 24/7 [case management] system and others have followed and still there are others lagging behind without systems,” Mr. Khan stated, noting that shortly the CIU will introduce further changes to its system that will make it a lot more flexible and efficient for its clients.

The 24/7 case management system allows service providers to digitally access information on the status of their applications at any time.

Additionally, St. Kitts and Nevis is the only CBI jurisdiction that offers an Accelerated Application Process, where applicants can be fast tracked and approvals granted within 60 days.

Mr. Khan said, “This is a product that no one has been able to offer and as a result has been able to generate some additional revenue for us in the unit. But we were able to do so by a review of our process, by the implementation of our technology and by negotiations with our various service providers or due diligence providers to be able to respond and give us something that is much more reactive and attractive to our clients.”

As a result of these new features, the country’s Citizenship by Investment Programme was in 2017 recognized internationally for offering the World’s Most Innovative Investment Immigration Programme at the Russian Global Citizen Awards ceremony.

Furthermore, St. Kitts and Nevis was recently ranked as having the best passport among Caribbean jurisdictions that offer Citizenship by Investment (CBI) programmes, and the third best passport in the entire Caribbean region.