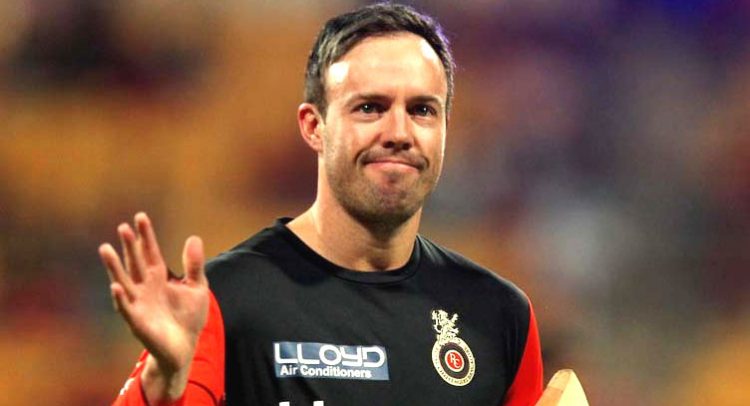 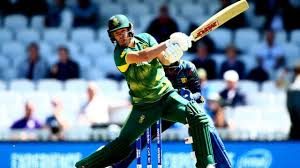 “I am tired.” With those words ended one of the greatest modern day careers – AB de Villiers has bid adieu to the international game, just four days after completing another IPL season with RCB.

De Villiers, 34, made his announcement public via a video posted on his official app. “I have decided to retire from all international cricket with immediate effect,” he said. “After 114 Test matches, 228 ODIs and 78 T20 Internationals, it is time for others to take over. I have had my turn, and to be honest, I am tired.

“This is a tough decision, I have thought long and hard about it and I’d like to retire while still playing decent cricket. After the fantastic series wins against India and Australia, now feels like the right time to step aside.

“It would not be right for me to pick and choose where, when and in what format I play for the Proteas. For me, in the green and gold, it must be everything or nothing. I will always be grateful to the coaches and staff of Cricket South Africa for their support through all these years. The most important thank you goes out to all of my team-mates throughout my career, I wouldn’t be half the player that I am without the support throughout the years.

“It’s not about earning more somewhere else, it’s about running out of gas and feeling that it is the right time to move on. Everything comes to an end. To the cricket fans around South Africa and the world, thank you for your kindness and generosity, and today, for your understanding.

“I have no plans to play overseas, in fact, I hope I can continue to be available for the Titans in domestic cricket. I will continue to be the biggest supporter of Faf du Plessis and the Proteas.”

Speculation about de Villiers’ long-term future began in late 2015, after a disastrous tour of India, which South Africa lost the Tests 3-0, thereby losing the No.1 ranking and having their nine-year unbeaten run on the road broken. They returned home to play against England and de Villiers was asked to keep wicket in the opening Test, in addition to his role in the middle order.

De Villiers was unburdened of his wicketkeeping duties for the rest of the series, but after Hashim Amla stepped down from the captaincy after the second Test, de Villiers was named stand-in captain, a role he accepted. De Villiers had made public his disappointment at not been chosen to replace Graeme Smith when Smith retired in 2014, and the captaincy was understood to be a major incentive for de Villiers to keep playing, especially as he was already ODI captain.
South Africa lost the series but de Villiers recommitted to the national cause and said he was “never thinking of leaving Test cricket”.

He was confirmed permanent Test captain in February 2016 but never assumed the role. By August, de Villiers had developed an elbow injury that required surgery and extensive treatment. He missed South Africa’s two-Test home series against New Zealand, a series they used to start rebuilding under Faf du Plessis. De Villiers also missed an away tour to Australia in November, which South Africa won despite his and Dale Steyn’s absence, under du Plessis.

When the team came home in December to play Sri Lanka, de Villiers handed over the captaincy to du Plessis. He also ruled himself out of Test cricket for most of 2017, insisting he needed rest and that would return by the end of 2017 to play against India and Australia.

De Villiers played in the limited-overs series against Sri Lanka and away in New Zealand, but South Africa played Tests in New Zealand without him and won. He returned for the Champions Trophy in June 2017, and after South Africa crashed out in the group stage, said he would stay on as ODI captain.

At the same time, former team-mates including Smith suggested that de Villiers would retire from Tests by August 2017, and had wanted to give up the longest format before but was convinced to stay on. Within the South African camp, they were talking of moving on from de Villiers with du Plessis using those exact words and adding he would be “surprised” if de Villiers played Tests again.

Quickinfo – AB de Villiers, the record-makerWith AB de Villiers announcing his retirement from international cricket, ESPNcricinfo takes a look at some of his numbers over the years
De Villiers surprised everyone when he stood down from the ODI captaincy, which du Plessis took over, but then decided to make a Test comeback as originally planned. When du Plessis failed to recover from a finger injury in time to lead South Africa during a four-day, day-night Test against Zimbabwe in December 2017, de Villiers returned and led the side.

He went on to play in three Tests against India and four against Australia, in series South Africa won. De Villiers scored seven fifties and a hundred in the eight Tests he played last summer and was instrumental to South Africa’s success. He admitted to enjoying his cricket again and felt he was “in the best form of my life”.

In between the Tests, de Villiers also played three ODIs in South Africa’s six-match series against India (which they lost 5-1). His desire to play in and attempt to win the World Cup was thought to be among the key reasons he continued to play and it was expected the tournament would be a swansong for him, and several other South African seniors.

It did not seem de Villiers would do the same when, on March 8, he was awarded a new national contract. But last month de Villiers started to drop hints that the World Cup was no longer the ultimate goal for him. He was quoted on the ICC website saying, “I’m taking it one game at a time. My ultimate dream is not to win a World Cup. I’ve changed my mindset. I feel it will be nice to win it, it’ll be a bonus, but if I don’t, it’s not going to define my career.”

On Wednesday, de Villiers confirmed that he will not challenge for the World Cup when he announced his retirement from all international cricket, ending a a 14-year career in which he has broken several records. De Villiers’ finishes as South Africa’s fourth-highest run-scorer in Test cricket and second-highest ODI run-scorer. He also holds the record for fastest hundred in ODI cricket, scored off 31 balls. Numbers aside, his immensely entertaining batting is something he will be remembered by.

De Villiers redefined creative stroke-play, single-handedly changed the course of innings, and regularly brought out a range of innovative shots that were particularly admired in the shortest formats. He has indicated he will continue to play in T20 leagues but has not signed on for this year’s Caribbean Premier League. De Villiers may make himself available for his South African domestic franchise, the Titans, but indicated a Kolpak deal is not in the works as he has “no plans to play overseas”.