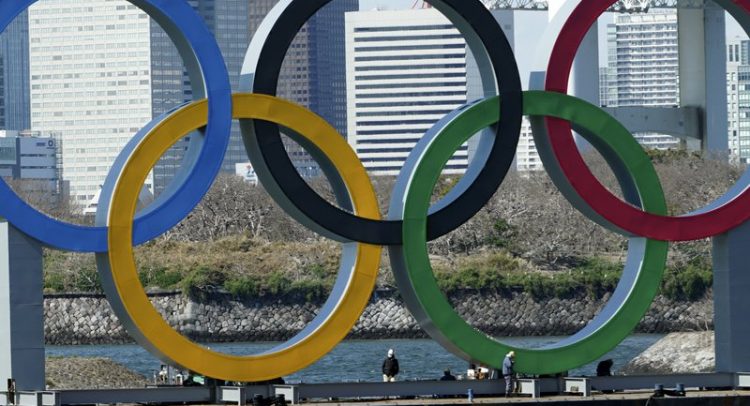 Tokyo Olympics just beginning the race to reset themselves

“If you ask, are we just around the first corner of the 400-meter race, I cannot answer that question,” said Muto, speaking through an interpreter during an online news conference. “But I can tell you this much. I do not feel we are late in our preparations. I do not feel we are being delayed in any way.”

But from listening to the limited details that Muto provided, preparations seem to be barely out of the starting blocks.

A former deputy governor of the Bank of Japan, Muto has spoken cautiously ever since the coronavirus pandemic caused the postponement and says little about progress. He said not to expect much solid news until planning reaches the “second phase” in the fall.

This includes who pays for the the delay, which is estimated in Japan at $2 billion to $6 billion, how to keep fans, staff and athletes safe from the coronavirus, and deal-making to secure the same 43 venues and the same competition schedule.

“Right now we don’t have any details or specific items that we can talk about,” he said. “We all agree that in addition to heat countermeasures, we will have to have coronavirus measures.”

In the last week, International Olympic Committee President Thomas Bach and IOC member John Coates, who oversees preparations for Tokyo, have speculated more openly on how the games might be held.

In interviews, Bach has suggested a possible quarantine for athletes, floated the possibility of little fan access, and has not ruled out empty stadiums.

Coates, speaking last week at a News Corp Australia digital forum and reported in The Australian newspaper, was very frank.

“We’ve got real problems because we’ve got athletes having to come from 206 different nations,” Coates said.

“There’s a lot of people,” Coates said, without even adding 4,400 Paralympic athletes and staff.

Muto said October loomed — and Coates said the same thing — as a time when “many thing will come clear in the process.”

“October will be that point when we start the detailed discussions,” Muto said.

He said that excluded any decision about “go or not to go” on with the Olympics. Muto has always said the games are on, though Bach and Tokyo organizing committee President Yoshiro Mori agree they cannot be delayed again.

Another delay will mean a cancellation.

“This is a huge undertaking. This is a big job,” Muto said. “We have to do in one year and a few months something that had taken years of actual preparations to do. So there are so many things we have to review and decide in such a short time.”