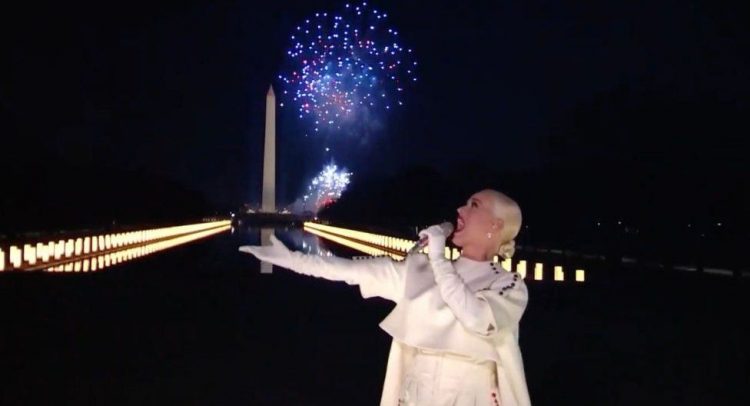 A star-studded concert has marked the beginning of Joseph Biden’s presidency, with performances from Foo Fighters, Katy Perry, Demi Lovato and Bon Jovi.

The theme of the concert was not celebration but unity, with tributes paid to the frontline workers who have borne the brunt of the Covid pandemic.

“This day is about witnessing the permanence of our American ideal,” said Tom Hanks, who hosted the show.

Bruce Springsteen kicked off the event with his song Land Of Hope and Dreams.

Standing on the steps of the Lincoln Memorial in Washington DC, the lyrics of the song, first performed in 1999, reflected the aspirations of the new administration.

“Leave behind your sorrows / Let this day be the last,” sang the star, “Tomorrow there’ll be sunshine / And all this darkness past.”

Standing in front of the Lincoln Memorial in Washington, DC, Hanks told viewers the US had “witnessed deep divisions and a troubling rancour” in the last few weeks.

“But tonight,” the 64-year-old continued, “we ponder the United States of America, the practice of our democracy, the foundations of our republic, the integrity of our Constitution, the hopes and dreams we all share for a more perfect union.”

He added: “Every four years we hear the words that will empower us all on the journey ahead, a message that can unite us as we begin a new passage from where we are, to where we can be. A trek to a common goal, to the promise of our promised land.”

Several users on social media picked up on how cold Hanks looked in the low temperatures of night-time Washington in January.

Author Prof Tom Nichols joked: “It’s a terrible irony that after surviving all those years on that tropical island that Tom Hanks is going to freeze to death in the middle of a major city.”

Others suggested a prediction previously made on The Simpsons, that Hanks would address the nation during a moment of “national chaos”, had now come true.

In 2007’s The Simpsons Movie, an animated Hanks says as part of a TV advertisement: “The US Government has lost its credibility, so it’s borrowing some of mine.”