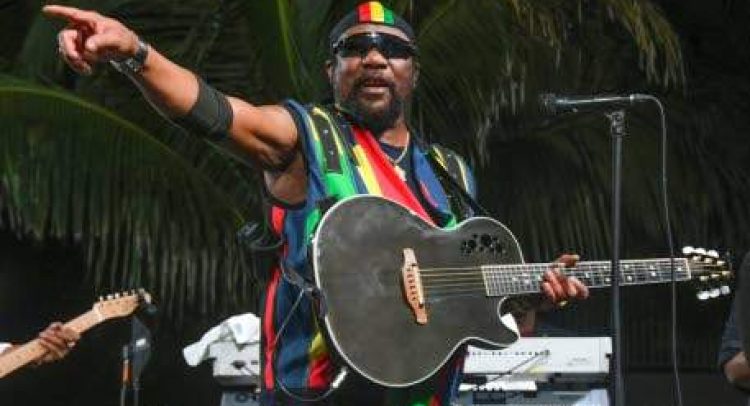 Dovecot Memorial Park in St Catherine will be the final resting place for legendary reggae artiste Frederick “Toots” Hibbert today, according to his daughter, Jenieve Bailey.

Prior to his interment, a private funeral service is scheduled for Perry’s Funeral Home in Spanish Town at 11:00 am. Due to restrictions brought on COVID-19, only a few family members will attend.

“Yes. It will be a private funeral service on Thursday morning… and Daddy will be buried at Dovecot,” Bailey told the Jamaica Observer.

She was unable to say if the service would be streamed live.

“I was not a part of the planning. It was done by my sister, Leba, and I have to respect the wishes of Mrs (Doreen) Hibbert, his wife,” said Bailey.

The gospel singer, however, revealed a musical celebration of Hibbert’s life is in the works for later this month.

“I’ve been working together with Miss Babsy Grange to ensure that my father gets the honour he deserves. As soon as the Heroes’ Day (October 19) celebration is done, we’re going to go full-fledge with the honouring of my father where the world can join in, especially the Jamaican public. I know that daddy would not have had a career nor legacy without people. He was a people’s person so I would not be in agreement for my father to be laid to rest without the world that he gave his music and life to not being a part of it,” Bailey said.

“So, I have been working with Miss Grange to give my father’s fans and supporters that kind of closure that we all need. But I have to allow Mrs Hibbert, and Leba to do what they deem best,” she continued.

After the funeral, an official announcement will be made about the date and venue.

Hibbert, 77, was the frontman for Toots and the Maytals for nearly 60 years.

He died of respiratory complications brought on by COVID-19 in the University Hospital of the West Indies in St Andrew, on September 11.

In December 2019, Hibbert received a Jamaica Observer Entertainment Award for his efforts in taking reggae global. He thanked the newspaper for the recognition and noted its importance.

“I always say an award is good, but I am waiting on my reward from God. But this one is really special, so I thank the Observer and the minister and all the ones who take part in this, I say God bless you,” he said.

He released his latest album, Got To Be Tough, on August 28.

Formed in the early 1960s, The Maytals’ 1968 single Do The Reggay was the first song to use the word ‘reggae’ and helped introduce the genre to a global audience.

In 2005, Toots and The Maytals won the Grammy Award for Best Reggae Album with True Love. Seven years later, he was awarded the Order of Jamaica by the Jamaican Government.

Hibbert is survived by his widow and seven children. A daughter, Melonie, pre-deceased him in 1993.