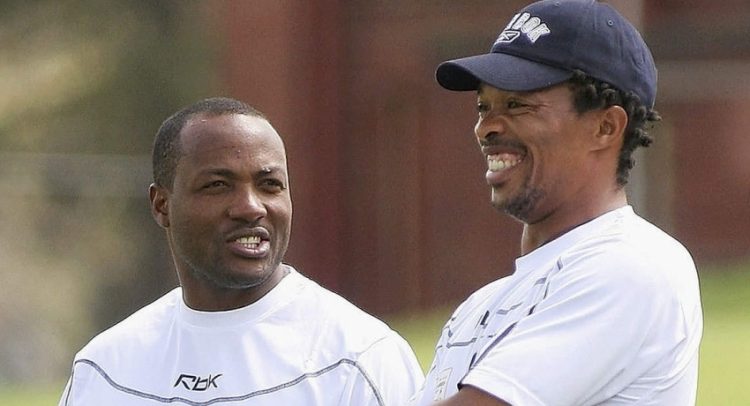 ‘Toughest batsman’ Lara was just too much – Ntini

With 390 Test wickets under his belt from 101 matches, Makhaya Ntini was one of South Africa’s greatest bowlers.

Aggressive and relentless, Ntini used sheer will to compensate for a lack of genuine pace or the ability to swing the ball. Nevertheless, in a career spanning just over a decade, he is ranked in South Africa’s top-10 bowlers of all time.

He enjoyed much success against the West Indies, against whom he took 52 of those 390 wickets, in just 10 matches. However, it is against the Caribbean side that he also faced his greatest opponent.

In a recent Instagram Live interview with Zimbabwe commentator Pommie Mbangwa, Ntini named Trinidad and Tobago’s Brian Lara as the toughest batsman he has ever bowled to during his stellar career.

“Facing Australia in Australia and India in India has always been tough. But when it comes to bowling at the toughest batsman, Lara was just too much,” Ntini said.

“He was one of those guys whom you just couldn’t wake up and bowl to. You needed to do your homework 110 per cent.”

Lara and the West Indies, it seemed, brought out the best of Ntini. He characterized a spell of bowling against Lara in Port-of-Spain in 2001 as the best in his outstanding career.

“My best has to be against the West Indies in Trinidad and Tobago at Lara’s home. I took his wicket twice in the same game. I was over the moon… it was that special,” he said.