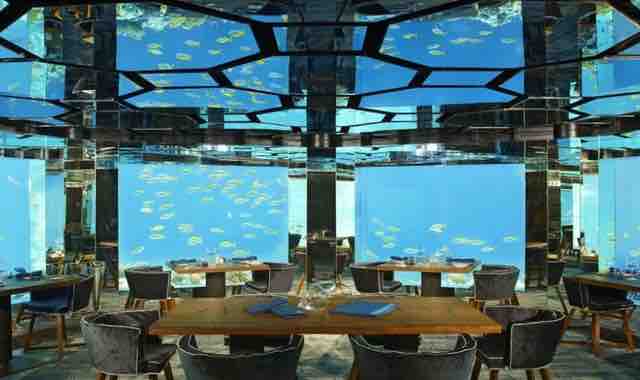 Basseterre, St. Kitts, 22nd February , 2018 (MyVueNews.com) – Minister of Tourism Lindsay Grant announced in Parliament on 21st February, 2018, that St. Kitts is to get an underwater hotel that would be the first in the Caribbean.

Revealing the planned hotel in the context of the recently announced Ritz Carlton to be constructed at Friars Bay on the Southeast Peninsula, as well as the recently opened Park Hyatt hotel, Minister Grant said the underwater hotel will be cutting edge.

Speaking in the National Assembly of St. Kitts & Nevis, on the occasion of an activity of the Team Unity third anniversary celebrations, Grant said, “You would appreciate that the luxury Park Hyatt, 126 rooms, just opened in December. We just announced the Ritz Carlton, which will be 125 rooms on the Southeast Peninsula, in addition to 25 branded villas that we are expecting to create some 300 jobs in the construction stage and another 250 jobs during the hotel development stage. I also want to say, Mr. Speaker, that we have been negotiating with a cutting edge hotel, which we expect to come during the currency of this year, early next year.”

The tourism minister continued, “The most I will say about the cutting edge nature of it, (is that) it would be an underwater hotel, the first kind in the world… The developers are those who would have developed and had a significant interest in the Palm Island in Dubai, and so, very shortly, we are going to come to this country with more details on that development.

Steeped in history and having a strong cultural heritage, the beauty of the island has been attracting increasing numbers of land and sea visitors, as well as attracting the attention of investors from leading brand international hotels and resorts.

St. Kitts Punches Above Its Weight at Routes Americas