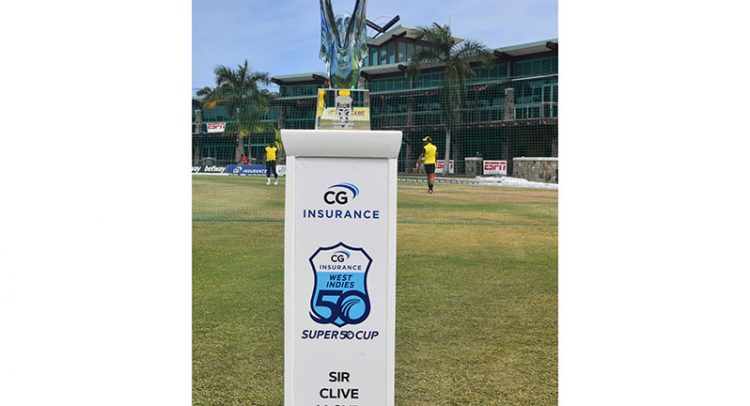 The Super50, which bowled off here on February 7 and concludes next Saturday, is the first domestic regional tournament to be staged by CWI since the outbreak of the novel coronavirus pandemic in the Caribbean last march.

“The Super50 Cup is a really important tournament for us. It will lead in nicely to the One-Day International (ODI) series against Sri Lanka which, obviously, forms part of the World Cup qualifiers for 2023,” Grave explained.

“So it’s really important for the players that they’ve been given this opportunity to play some cricket for the selectors to get to see them up close and personal.

“Hopefully we can take those matches as preparation into the ODI series because it’s really important on the back of losing all three in Bangladesh that we can bounce back and get up that Super League table, so that we don’t have to go through the qualification for the next World Cup.”

The first-class championship was the last tournament to be staged by CWI and that was aborted last March with two rounds remaining, due to the threat of the coronavirus.

And while the Caribbean Premier League went ahead in August and September in Trinidad, the Super50 Cup remained off the table.by TaboolaPromoted LinksYou May LikeMany failed before. Will you complete the trial?Hero WarsThis Happens If You Wrap a Bread Around Your Foot. Genius! GardensTricks.comShock and bewildermentJamaica ObserverFailed Celebs Who Lost It All And Work Normal Jobs NowGenius-Story.comI don’t want to see Dr André Haughton in politicsJamaica Observer

This year, the tournament has attracted a plethora of senior West Indies players, with the likes of Test Captain Jason Holder, white ball skipper Kieron Pollard, along with Shai Hope, Nicholas Pooran, Shimron Hetmyer all available for their respective franchises.

And Grave said the presence of these elite players had given the tournament an added dimension, and also strengthened the cricket culture.

“We always said we wanted to create a strong and vibrant domestic game and that involves having established, experienced players available and wanting to play, either for their regional team or West Indies, as well as having that crop of youngsters coming through creating that pressure for places,” the Englishman pointed out.

The Super50 Cup has been played mainly at the Coolidge Cricket Ground, with 13 matches including the semi-finals and final carded for the venue, and the remaining fixtures staged at the Vivian Richards Cricket Stadium in North Sound. Formerly the Stanford Cricket Ground, CWI recently acquired the facility as part of its development strategy, and Grave said plans were in the pipeline to fully commercialise it.

“We’re not just trying to establish it as a world-class cricket venue but also to have commercial activities which would help to fund and maintain those facilities,” Grave said.

“We’ve completed the acquisition of this fantastic facility – 16 acres right next to the airport with already, as we can see, great first-class facilities.

“We want to take those to the next level and we’ve got really ambitious plans to invest millions of dollars and to create a genuinely world-class cricket facility for our best players and our future stars.”

Caribbean people at risk of prolonging COVID-19 to their detriment