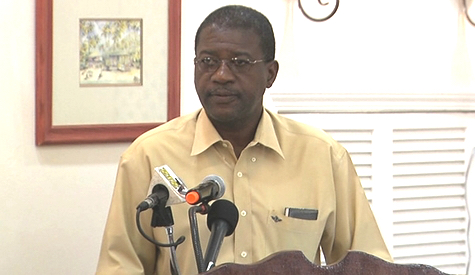 “A picture is worth a thousand words”.  Once again, television coverage of the 2018 CARIFTA Games revealed aspects of the Federation’s track and field strengths, weaknesses and opportunities.

All things being well, the Federation’s next journey to event finals and the medal podium is the Commonwealth Games.

The 2019 track and field pre-season starts in October 2018 allowing six months to sharpen competitive edges.  In the same vein, the athletic associations have to eliminate pitfalls.  For example, the strict selection criteria announced at the 2018 CARIFTA Trials were not followed.

The SKNAAA’s communications were bereft of archival information about performance trends in development meets.  There was no pre-departure press appearance.  The team was not kept under strict medical, nutrition and hydration watch plus curfew.  At least one athlete travelled injured then posted a pedestrian time in the 100m.  Some athletes were pushed to physiological extremes having competed in four events over six sessions of high intensity competition.  There was no physio; no designated female chaperones in a team comprised of 10 female teenagers.

The CARIFTA medal table showed St. Kitts and Nevis with a modest ranking of 11 out of 28 countries.  A rested Reanda would have seriously challenged for the silver, perhaps gold.  Two golds plus two bronzes would have meant 5th position or in the top quartile which should be the perennial CARIFTA objective. Winning four medals is good; some celebration is in order.  However, what is worth more celebrating and emulating is Jamaica’s consistent gold medal performance.

Gold is a mindset before it becomes a performance reality.  Jamaica’s near total dominance in CARIFTA proves the point.  Theirs is a productive network of competent coaches distributed throughout primary and secondary schools.  Consequently, there is a production line of sprinters marketing Jamaica to the world.  Usain Bolt is a global brand.  Next in line is sixteen year old sprint sensation, Briana Williams.  She is already being prepared for the spotlight.  Note her playfully infectious smile.  In fact, all Jamaican athletes appear well-rehearsed for camera shots and impromptu interviews.  Their CARIFTA boys sported smart haircuts and none of them wore ‘bling bling’.  St. Kitts and Nevis should copy all of that.

St. Kitts and Nevis should also learn from Cuba – a world leader in field events.  We disappointed in the field this year.  Better was expected after last year’s record gold in the high jump and the tremendous promise showed in shot put and long jump.  The executives (both islands) should grab Alberto Juantorena’s invitation to study field events at Cuba’s sports sciences institutes.  The first assignment for graduates should be to organise camps for throws and jumps.

Hint:  Jamaica is less dominant in throws and jumps.  “There’s gold in them thar” events.

“I am not a saint, unless you think of a saint as a sinner who keeps on trying,” Nelson Mandela.

Is Wingfield body that of missing Newton Ground man?