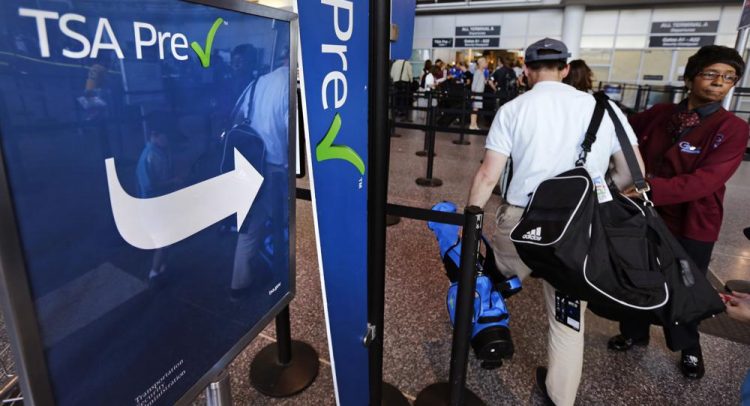 DALLAS (AP) — Travelers got some welcome news in Wednesday’s inflation report from the government: Airfares are coming down, and at a faster clip.

The price of the average airline ticket dropped 7.8% in July, to $311, after a 1.8% dip in June, the government said Wednesday.

Lower prices for gasoline and travel were big reasons that overall inflation slowed a bit in July, although consumer prices were still up 8.5% from a year ago.

But before celebrating by splurging on a fancy trip, travelers should be aware that July’s average ticket was still 27.7% higher than in July of last year.

Airlines have been able to push fares higher because demand — at least among leisure travelers — is matching or beating pre-pandemic levels at a time when airlines are operating fewer flights. The airlines also cite fuel prices, which have roughly doubled since 2019.

Fares peaked in May, when sales for summer vacations were in full swing.

Prices usually fall in late summer and early autumn as vacations end and kids return to school. The drop is expected to be more dramatic than usual this year, however. That is partly because summer prices were so high, and also the cost of jet fuel has dropped about one-fourth since late April.

Travel-data researcher Hopper expects domestic U.S. fares to average $286 in August and remain at or below $300 until October, when many people book Thanksgiving and Christmas travel, and demand begins to push prices back up.

It’s unclear whether inflation and a possible recession will have any effect on people’s willingness to travel.

Matthew Klein, the chief commercial officer of Spirit Airlines, said Wednesday that bookings remain strong, and any decline in fares will follow the normal seasonal pattern, which he called good news for airline revenue.

Klein said Spirit executives wondered whether demand “would just fall off a cliff after we hit Labor Day and beyond, and we are not seeing that right now. We are continuing to be pretty impressed with the volumes that are coming through.”

That echoed similar recent comments by officials at other carriers.

FILE – A passenger passes by a sign for the Transportation Security Administration’s TSA PreCheck line in Terminal A at Logan Airport in Boston, Monday, June 27, 2016. Air travelers are finally getting a break on fares. The government said Wednesday, Aug. 10, 2022, that the average airfare dropped nearly 8% in July compared with June, to $311. (AP Photo/Charles Krupa, File)