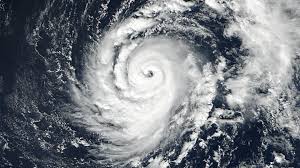 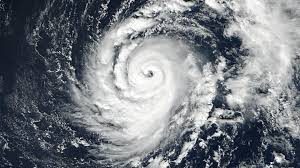 The tiny Tropical Storm Beryl formed off the Lesser Antilles Thursday evening, with forecasters saying it could become a hurricane by Friday or Saturday but not posing any direct threat to the islands.

The Miami-based National Hurricane Centre (NHC) said the storm should dissipate by Saturday, but will likely bring locally heavy rains and gusty winds to portions of the Leeward Islands next Sunday and Monday.

At 5:00 pm, Tropical Storm Beryl, with tropical storm force winds extending just 35 miles, was carrying maximum sustained winds near 50 miles per hour. It was located about 1,295 miles east southeast of the Lesser Antilles and moving towards the west at 16 miles per hour.

“A fast westward to west-north westward motion is expected through the weekend. On the forecast track, the centre of Beryl will remain east of the Lesser Antilles through Sunday,” the NHC said. “Additional strengthening is forecast, and Beryl could become a hurricane by Friday or Saturday. Beryl is forecast to degenerate into an open trough just east of the Lesser Antilles over the weekend.”

Beryl is the first storm to form since the June 1 official start of the Atlantic hurricane season.
However, Subtropical Storm Alberto formed in May.
Meantime, there is a weak low pressure system located a few hundred miles west-southwest of

Bermuda which is producing disorganised shower and thunderstorm activity. The NHC said environmental conditions appear conducive for some development through the end of the week while the system moves west-north westward and then northward at about 10 mph off the coast of North Carolina.

China hits back after US imposes tariffs worth $34bn

No breakthrough in nuclear talks as Iran demands more after U.S. exit