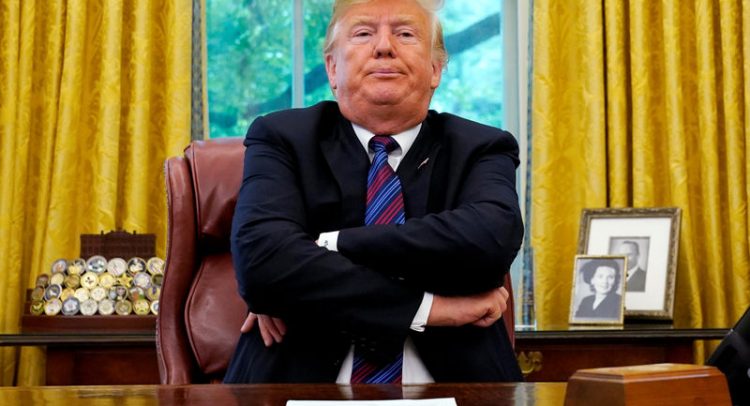 U.S. President Donald Trump said on Tuesday Google’s search engine was hiding “fair media” coverage of him and said he would address the situation, taking a swipe at the internet giant without providing evidence or giving details of action he might take.

The company, part of Alphabet Inc, denied any political bias in its search engine.

Trump’s criticism and threat of action to somehow restrict Google was his latest attack on a major tech company, following a series of tweets about Amazon.com, which he accused of hurting small businesses and benefitting from a favorable deal with the U.S. Postal Service.

In a pair of tweets, the president said Google search results for “Trump News” showed only the reporting of what he terms fake news media.

“They have it RIGGED, for me & others,” he said, blaming Google for what he said was dangerous action that promoted mainstream media outlets such as CNN and suppressed conservative political voices.

“This is a very serious situation-will be addressed!” Trump added. He did not offer any details.

Google said in a statement that its search engine “is not used to set a political agenda and we don’t bias our results toward any political ideology … We continually work to improve Google Search and we never rank search results to manipulate political sentiment.”

The goal of its search function was to deliver the “most relevant answers in a matter of seconds,” Google said.

While the exact science behind Google searches on the internet is kept secret, its basic principles are widely known. Search results on Google are generated by a variety of factors measured by the company’s algorithms.

They include determining a site’s relevance by counting the number of links to the page. Other factors such as personal browsing history and how certain keywords appear on the page also affect how pages are ranked. Popular news sites such as CNN.com and NYTimes.com, which many readers link to, can appear higher in searches based on such factors.

Trump has long criticized news media coverage of him, frequently using the term fake news to describe critical reports. He has made social media, particularly Twitter, an integral part of his presidency. He has previously accused social media companies, which include Twitter Inc and Facebook Inc, of censorship.

Trump’s accusation of bias on the part of Google comes as social media companies have suspended accounts, banned certain users and removed content as they face pressure from the U.S. Congress to police foreign propaganda and fake accounts aimed at disrupting American politics, including operations tied to Iran and Russia.

Tech companies have said they do not remove content for political reasons.

Some Republican U.S. lawmakers have also raised concerns about social media companies removing content from some conservatives, and have called Twitter’s chief executive to testify before a House of Representatives panel on Sept. 5.