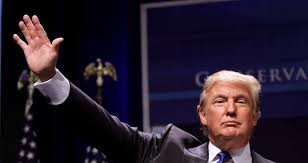 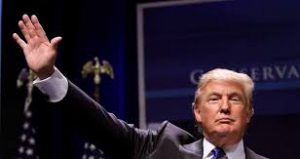 US President Donald Trump has signed an executive order banning the use of Venezuela’s new crypto-currency, Petro.

The executive order, signed by Trump on Monday, prohibits all US transactions in digital currencies that benefit the Venezuelan government.

Trump described the February launch of the Petro cryptocurrency as an “attempt to circumvent US sanctions”, according to a White House statement announcing the order.

The order bans US businesses and citizens, specifically “all transactions related to, provision of financing for, and other dealings in, by a United States person or within the United States, any digital currency, digital coin, or digital token”.

The US government’s actions are believed to send a clear message to their counterparts in Venezuela.

Treasury Secretary Steven T Mnuchin said on Monday that the US ban is aimed at “restoring Venezuelan democracy, combating the kleptocracy of the Maduro regime, and responding to the humanitarian crisis caused by Maduro’s economic policy”.

The Venezuelan government referred to the US ban as “gross meddling” and tantamount to “new imperial aggression” against its “financial and economic system”.

It said it will maintain its “sovereign decision to continue promoting Blockchain technology and make the Petro one of the most solid and reliable cryptocurrencies in the world”.

In February, Venezuela became the first country to launch its own digital currency, which critics regarded as a cash levy to pay off Venezuela’s foreign debt of $150bn.

Venezuelan President Nicholas Maduro tweeted that the government earned $735m on its launch day – a claim that has not been independently verified.

Currently the Petro is propped up by Venezuela’s extensive crude oil reserves.

On Monday, the US also imposed sanctions against four current and former Venezuelan officials on allegations of mismanagement, bribery and corruption.

The sanctions come before Trump’s visit to the Summit of the Americas next month in Peru, where the Venezulean crisis is expected to be discussed.

Since November 2017, Venezuela has been in “selective fault” on its foreign debt, foregoing repayment to its bondholders.