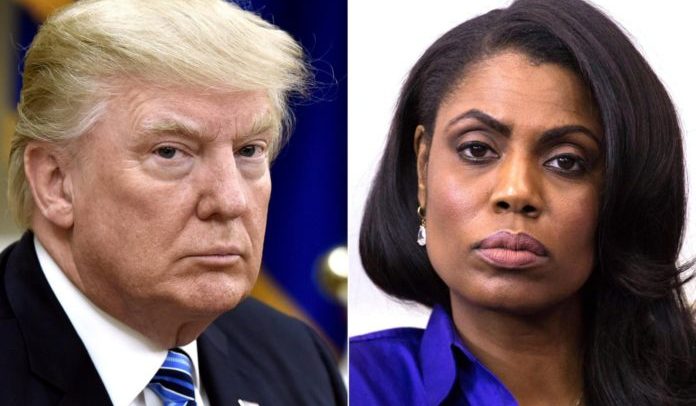 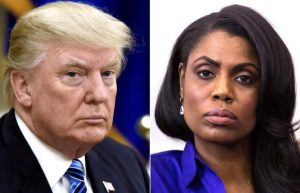 Manigault Newman, a former adviser to the US president and contestant on the reality TV show The Apprentice, has released two secret recordings related to her firing and another one related to the claims that Trump used the N-word as she promotes her memoir, Unhinged.

In a statement to CNN on Tuesday, Trump’s campaign said that it had “filed an arbitration against Omarosa Manigault Newman, with the American Arbitration Association in New York City, for breach of her 2016 confidentiality agreement with the Trump Campaign”. It is the first legal action the campaign has launched since Manigault Newman revealed details in her tell-all book about her time as a Trump campaign adviser and senior White House aide.

Her TV appearances, and her claim to have heard a tape of Trump using the N-word and other racial slurs during filming for The Apprentice, have annoyed the president, who levelled another barrage of attacks at her on Tuesday, tweeting: “When you give a crazed, crying lowlife a break, and give her a job at the White House, I guess it just didn’t work out. Good work by General Kelly for quickly firing that dog!”

On Tuesday morning, Manigault Newman revealed on CBS News a third tape that she says records a 2016 conference call among Trump campaign aides who are discussing how to address potential fallout from the release of tapes that allegedly show Trump using the N-word. The campaign aides had previously denied that any such conversations took place.

In the recording, then campaign spokeswoman Katrina Pierson can be heard saying: “I am trying to find at least what context it was used in to help us maybe try to figure out a way to spin it.”

Lynne Patton, who was then an assistant to Trump’s son, Eric Trump, says on the recording that she discussed the remark with Trump.

“I said, ‘Well, sir, can you think of anytime where this happened?’ And he said, ‘no,’” Patton can be heard saying.

She continues: “He goes, how do you think I should handle it and I told him exactly what you just said, Omarosa, which is well, it depends on what scenario you are talking about. And he said, well, why don’t you just go ahead and put it to bed.”

“He said it. No, he said it. He is embarrassed,” Pierson says.

On Monday, Trump denied claims of racism and said Manigault Newman was a liar for claiming he used the N-word: “I don’t have that word in my vocabulary and never have. She made it up.”

When Kelly fired Manigault Newman in December in the White House Situation Room, she secretly taped it, in an apparent breach of security protocol.

In the recording, which she played on NBC’s Meet the Press on Sunday, Kelly told Manigault Newman the firing was the result of “significant integrity issues” and that she could face damage to her reputation if she did not make it a “friendly departure”.

On Monday, Manigault Newman released another recording in which Trump appeared to express surprise that she had been fired. “Omarosa? Omarosa, what’s going on? I just saw on the news that you’re thinking about leaving? What happened?” Trump says on the tape, played on NBC’s Today show.