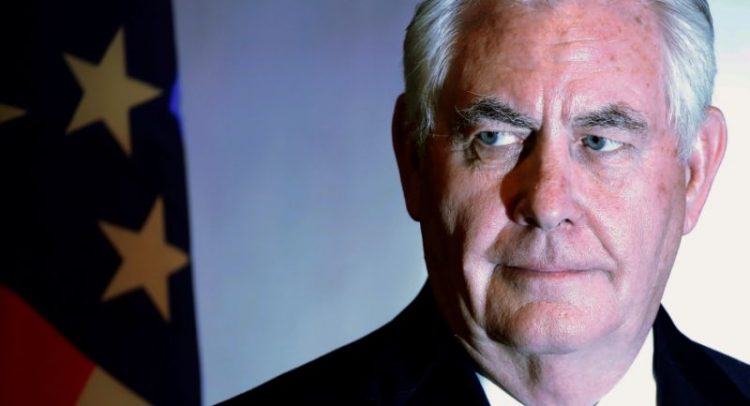 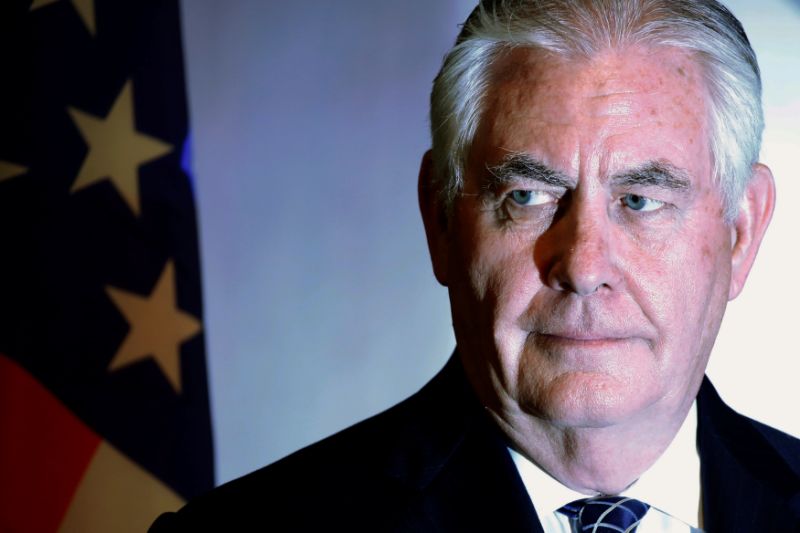 WASHINGTON — President Trump announced early Tuesday morning that he was dismissing Secretary of State Rex Tillerson and replacing him with CIA Director Mike Pompeo. The State Department said the news came as a surprise to Tillerson, which appeared to contradict claims made by the White House that Tillerson had been alerted at least several days earlier.

Trump plans to name Gina Haspel, the current deputy director of the CIA, to replace Pompeo. If her appointment is confirmed, Haspel will be the first woman to head the agency.

Trump’s decision continues a period of extraordinary turbulence for his administration, which has seen a record level of turnover among top-level staffers and Cabinet officials. Tillerson’s departure comes on the heels of the abrupt exit of Gary Cohn, who was Trump’s top economic adviser. Cohn resigned March 6.

The State Department released a statement from Undersecretary of State Steve Goldstein saying Tillerson “did not speak to the president and is unaware of the reason” for his dismissal.

“The Secretary had every intention of staying because of the critical progress made in national security,” the statement said.

Hours later, Goldstein himself was fired, evidently for contradicting the White House version of event.

A senior Trump aide told reporters that White House chief of staff John Kelly telephoned Tillerson, who was traveling in Africa, on Friday to tell him he would be replaced. The aide, who spoke on condition of anonymity, said Kelly “made clear that it was imminent.” Kelly called Tillerson again on Saturday and “reiterated the Friday conversation,” said the aide, whose remarks suggested Trump hoped Tillerson would resign.

Tillerson cut short his trip and returned to Washington Monday.

The president is traveling to California on Tuesday. He briefly spoke to reporters before boarding Marine One and suggested he had communicated with Tillerson about the move.

“Rex and I have been talking about this for a long time,” Trump said.

The Washington Post was first to report the news of Tillerson’s exit.

There had been persistent tensions between Trump and Tillerson, including a report last October that the secretary of state had called the president a “moron”in a Pentagon meeting. Tillerson never fully denied that report.

The pair also clashed on policy issues including Iran, North Korea and the blockade against Qatar. Just before Trump revealed his surprising decision earlier this month to meet with North Korean leader Kim Jong Un, Tillerson had said it was not yet time to negotiate with Pyongyang. And on Monday, Tillerson struck a far different tone than the White House when he strongly attacked Russia over the attempted assassination of a former spy now living in Britain. The White House declined to blame the poison-gas attack on Russia despite assertions by the British government.

“The relationship has been very good, and that’s what I need as secretary of state,” Trump said of Pompeo.

“I’m really at a point where we’re getting very close to having the Cabinet and other things that I want,” said Trump.

The White House released a series of statements to Yahoo News, including one from Trump in which he praised Pompeo, a former Republican congressman.More

“As director of the CIA, Mike has earned the praise of members in both parties by strengthening our intelligence gathering, modernizing our defensive and offensive capabilities, and building close ties with our friends and allies in the international intelligence community,” Trump said. “I have gotten to know Mike very well over the past 14 months, and I am confident he is the right person for the job at this critical juncture. He will continue our program of restoring America’s standing in the world, strengthening our alliances, confronting our adversaries, and seeking the denuclearization of the Korean Peninsula.”

Trump called for Pompeo’s speedy confirmation as secretary of state.

“His experience in the military, Congress, and as leader of the CIA have prepared him well for his new role, and I urge his swift confirmation,” said Trump.

Trump suggested Pompeo and Haspel had developed a strong relationship during their time at the CIA.

“Gina Haspel, the deputy director of the CIA, will be nominated to replace Director Pompeo, and she will be the CIA’s first-ever female director, a historic milestone,” Trump said. “Mike and Gina have worked together for more than a year, and have developed a great mutual respect.”

Trump concluded his statement with a brief expression of gratitude to Tillerson.

“Finally, I want to thank Rex Tillerson for his service.  A great deal has been accomplished over the last 14 months, and I wish him and his family well,” Trump said.

Trump is clearly confident both Pompeo and Haspel will be confirmed in their new roles. Pompeo already had been confirmed by the Senate in the early days of the Trump administration last year. Haspel, a 30-year veteran of the agency, will likely face questions about her role at a controversial CIA black site in Thailandwhere two detainees were tortured in 2002.

The White House also released statements from Pompeo and Haspel. Pompeo said he was “deeply grateful to President Trump” for the opportunity to lead both the CIA and the State Department.

“His leadership has made America safer, and I look forward to representing him and the American people to the rest of the world to further America’s prosperity,” Pompeo said of Trump.

Haspel said she was “humbled” by Trump’s confidence in her.

“If confirmed, I look forward to providing President Trump the outstanding intelligence support he has grown to expect during his first year in office,” Haspel said.