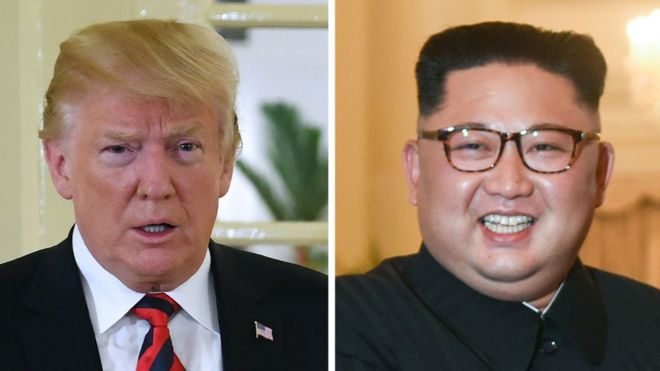 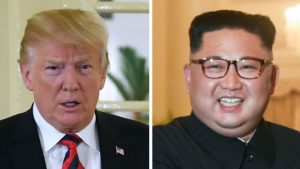 US President Donald Trump and North Korean leader Kim Jong-un will meet for an unprecedented summit on Tuesday aimed at defusing tensions on the Korean peninsula.

No sitting US president has ever met a North Korean leader.

The meeting marks a dramatic shift in relations between the pair, who last year traded insults and threats of war.

Washington hopes the summit will kick-start a process that eventually leads to denuclearisation of the Korean peninsula.

North Korea has said it is willing to commit to denuclearisation, but it is unclear how this will be achieved or what might be requested in return.

The summit will be held at a hotel on Sentosa, a popular tourist island a few hundred metres off the Singapore mainland, at 09:00 local time (02:00 GMT).

Heavy security and armed police are standing guard at summit-related venues across the city state.

The two leaders are staying in separate hotels, not far from each other.

Mr Trump has said he has a “good feeling” about the summit.

Mr Kim spent the evening before the meeting visiting some of Singapore’s tourist sites.

He smiled and waved to excited crowds and was accompanied by Singapore’s foreign minister, who tweeted a selfie standing next to him.

Sorry, keto fans, you're probably not in ketosis