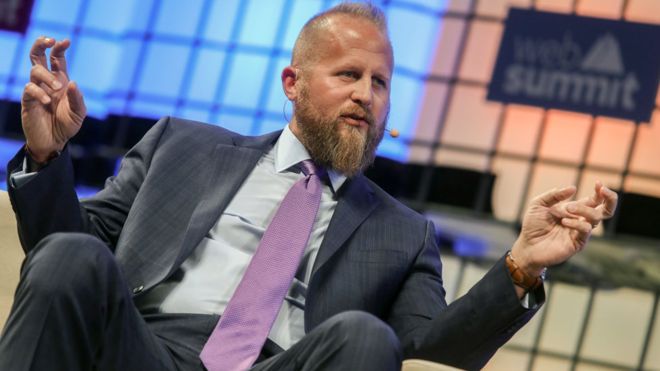 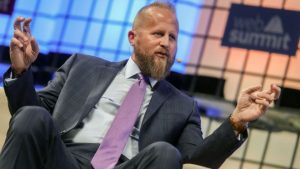 US President Donald Trump has picked one of his political strategists as campaign manager for his 2020 re-election campaign.

The Trump Organization hired Brad Parscale in 2011 as a digital guru.

He was asked in 2015 to create a website for Mr Trump’s exploratory White House bid and a year later became the campaign’s digital director.

This is thought to be the earliest any incumbent US president has officially declared his re-election campaign.

There are 979 days to go until the 2020 election. President Barack Obama announced his re-election plans 582 days before his 2012 bid for a second term.

Why was Parscale chosen?

The president’s son, Eric Trump, said in a press release on Tuesday: “Brad is an amazing talent and was pivotal to our success in 2016.

“He has our family’s complete trust and is the perfect person to be at the helm of the campaign.”

The president’s son-in-law and senior adviser, Jared Kushner, said in a statement: “Brad was essential in bringing a disciplined technology and data-driven approach to how the 2016 campaign was run.

“His leadership and expertise will be help [sic] build a best-in-class campaign.”

He’s a man eager to tell his story. That was the impression that Brad Parscale made in December 2016 when he walked through the Trump Tower lobby in New York.

When I asked what he knew about the new administration, he joked: “I know everything.”

He explained how he’d helped win the election (they knocked on a lot of doors) and yet had gone virtually unnoticed at the Republican National Convention: “No one knew I existed.”

He came across as a bit of a show off, a fatal flaw in Trumpian politics (the president doesn’t like it when someone steals thunder).

Mr Parscale likes attention, and he’s got it now: the president – and many others – will be watching his next move closely.