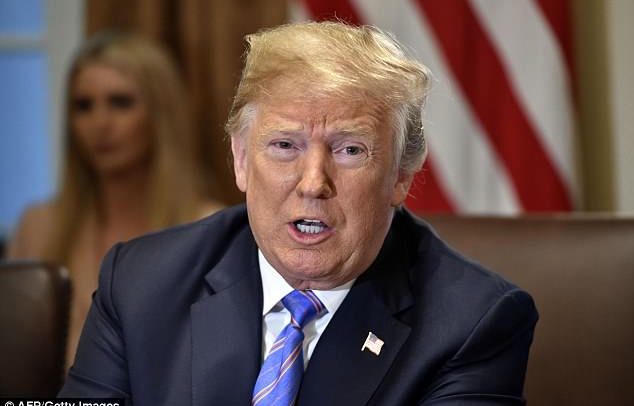 Donald Trump has sparked confusion after claiming in a tribute to Aretha Franklin that the soul star worked for him on “numerous occasions”.

In comments ahead of a meeting with his cabinet, the US president said he “knew well” the 74-year-old singer, who died on Thursday following a battle with pancreatic cancer.

“She worked for me on numerous occasions, she was terrific – Aretha Franklin – on her passing,” Mr Trump told White House reporters. “She’s brought joy to millions of lives and her extraordinary legacy will thrive and inspire many generations to come.”

“She was given a great gift from God – her voice, and she used it well. People loved Aretha. She was a special woman.”

However, it was not clear what Mr Trump meant by the claim he employed Franklin, though he may have been referring to a performance by her at one of his Atlantic City casinos in the 1980s.

Franklin also attended the grand opening of Trump Tower in 1997.

Mr Trump’s self-promoting tribute to the singer was in marked contrast to one released by former president Barack Obama, in a joint statement with his wife Michelle.

“For more than six decades since, every time she sang, we were all graced with a glimpse of the divine,” the couple said.

“Through her compositions and unmatched musicianship, Aretha helped define the American experience. In her voice, we could feel our history, all of it and in every shade – our power and our pain, our darkness and our light, our quest for redemption and our hard-won respect.”

Franklin famously performed at Mr Obama’s inauguration in 2009, but reportedly refused to do the same for Mr Trump when approached by his presidential campaign in 2016.

The singer said “no amount of money” would convince her to perform at the Mr Trump’s inauguration, according to The Daily Beast, who reported a source with knowledge of Franklin’s views as saying she “despised” the billionaire.