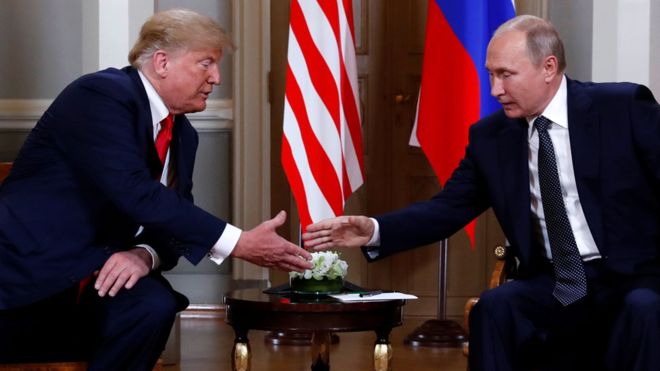 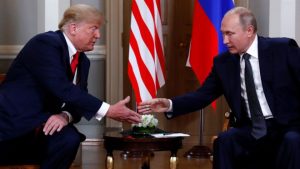 US President Donald Trump says his face-to-face meeting in Helsinki with Russian counterpart Vladimir Putin was “a good start”.

After two hours of closed-door talks the two leaders went into a working lunch with their senior advisers.

Relations between Russia and the West were severely strained by Moscow’s annexation of Crimea in 2014.

Russia is also accused of meddling in the 2016 US election, a claim it strongly denies.

Some US politicians had called for the summit to be cancelled after 12 Russian military intelligence agents were charged on Friday with hacking the presidential campaign of Democratic candidate Hillary Clinton.

But writing on Twitter, Mr Trump put the blame for the deterioration in relations with Russia on “years of US foolishness and stupidity and now, the Rigged Witch Hunt”.

The tweets are likely to alarm White House advisers already nervous about the risks of ceding too much ground to the Russian leader during the talks.

The two leaders were joined only by their interpreters during their two hours of face-to-face talks.

Their summit comes after a tumultuous European tour that saw Mr Trump sharply criticise longstanding allies of the US over trade and military spending.