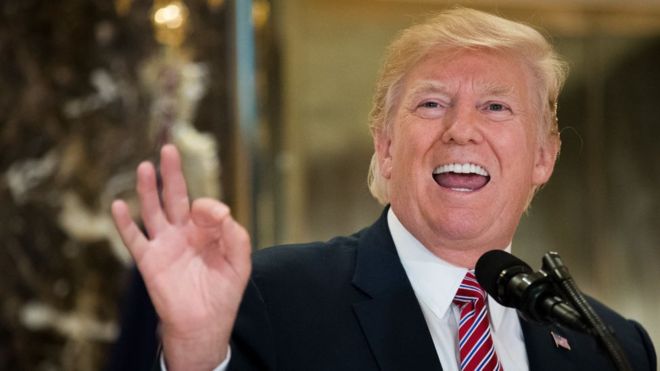 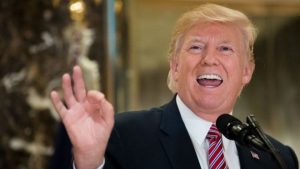 US President Donald Trump has fallen 222 places on the Forbes annual Rich List, after his estimated worth of $3.5bn (£2.5bn) fell to $3.1bn.

The magazine said the drop was partially due to a fall in the value of central New York property values and falling revenues at his golf courses.

Top of the list is the founder and boss of online giant Amazon, Jeff Bezos.

The improvement in Mr Bezos’ fortune is the biggest on record.

His rise knocks Microsoft founder Bill Gates, whose estimated wealth is $90bn this year, up from $86bn, into second place. Mr Gates has headed the list for 18 of the past 24 years.

A record 2,208 billionaires feature on the magazine’s 32nd annual ranking of the world’s billionaires.

US investment superstar Warren Buffett, who is worth $84bn, is third. His fortune is up from $75.6bn a year earlier.

The richest person in Europe and fourth on the list is the boss of luxury goods firm LVMH, Bernard Arnault, who has a fortune of $72bn.

The US has the most billionaires by country, with 585, followed by Greater China. California alone has 144 billionaires, more than any country besides the US and China.

Germany has the most of any European country, with 123. India has 119 billionaires and Russia 102.

Luisa Kroll and Kerry Dolan, from Forbes Media, said: “The superrich continue to get richer, widening the gap between them and everyone else.”

The Forbes billionaires list is a snapshot of wealth taken on February 9, 2018. The magazine uses that day’s stock prices and exchange rates from around the world.