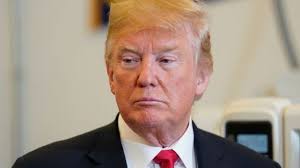 Trump threatens to raise tariffs on Chinese goods to 25%, up from 10% The United States may jack up the tariff rate on the next US$200 billion in Chinese imports it plans to target as it pressures Beijing to reform its trade practices, US officials said Wednesday.

President Donald Trump asked the US Trade Representative to consider increasing the proposed tariffs to 25 per cent from the planned 10 per cent, USTR Robert Lighthizer said.

“We have been very clear about the specific changes China should undertake. Regrettably, instead of changing its harmful behaviour, China has illegally retaliated against US workers, farmers, ranchers and businesses,” Lighthizer said in a statement.

Officials however downplayed suggestions the move was intended to compensate for the recent decline in the value of the Chinese currency, which has threatened to take much of the sting out of Trump’s tariffs by making imports cheaper.

The US dollar has been strengthening since April as the central bank has been raising lending rates, which draws investors looking for higher returns.

“It’s important that countries refrain from devaluing currencies for competitive purposes,” a senior administration official told reporters. “But I wouldn’t draw the conclusion that the announcement we’re making today is directly linked to any one practice.”

Washington and Beijing are locked in battle over American accusations that China’s export economy benefits from unfair policies and subsidies, as well as theft of American technological know-how.

Trump has threatened to slap tariffs on virtually all of China’s exports to the United States.

Officials said they remained in regular contact with their Chinese counterparts but could announce no new meeting.

The US already imposed 25 per cent tariffs on US$34 billion in Chinese goods, with another US$16 billion to be targeted in coming weeks.

On July 10, Washington unveiled a list of another US$200 billion in Chinese goods, from areas as varied as electrical machinery, leather goods and seafood that would be hit with 10 per cent import duties.

Increasing the rates to 25 per cent could make them significantly more painful.

The comment period on the proposed penalties, which includes public hearings where business can ask for exemptions, due to take place later this month, would be extended into September, the officials said.

Much of American industry and many members of Trump’s own Republican Party have expressed outrage but have not so far successfully thwarted Trump’s trade policies.

The US Senate last week passed legislation which if enacted would lower trade barriers on hundreds of Chinese imports.

Jake Colvin, vice president of the National Foreign Trade Council, said the Trump administration could be boxing itself into a corner.

“It’s hard to see how this action lends itself towards a resolution to what is increasingly a trade crisis,” he told AFP.

Trump and senior administration officials believe the volume of US imports and vigorous health of the American economy give Washington an advantage in the current confrontation.

But Fred Bergsten, foundering director of the Peterson Institute for International Economics, told CNBC that China would be able to absorb blows more easily than Washington.

“They can expand their stimulus, fiscal spending, bank lending,” he said.

“They can compensate much better than we can. They come from a much higher base.”

And Bergsten warned that the US economy is likely to slow and a trade war only makes that expected decline worse.