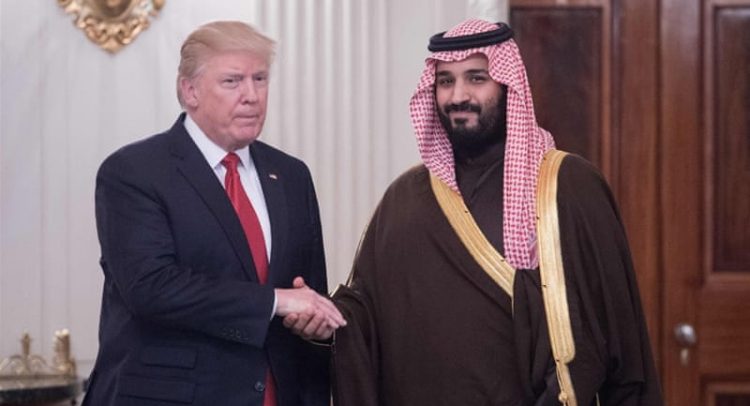 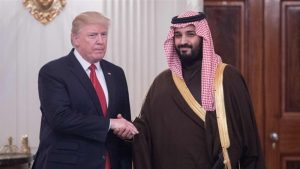 US President Donald Trump will urge Saudi Arabia’s Mohammed bin Salman to find a solution to the Gulf crisis with Qatar during the crown prince’s visit to the White House on Tuesday, according to a senior White House official.

The official, speaking on condition of anonymity, also told reporters that the president still hopes to hold a summit with Gulf leaders in May.

Trump will press the Saudis “to take a key leadership role in the region and encourage them to help move this dispute forward”, the official said, adding that Trump believes it is critical that there is unity among the Gulf states and that he is concerned about the long-term impact of the crisis on the region.

The US has repeatedly called on the countries to engage in dialogue.

Bin Salman’s visit is the first by a Gulf leader in a series of bilateral meetings the US president is scheduled to have over the next couple of months.

The Saudi crown prince will be in the US for about two weeks, meeting with politicians and business leaders in a trip designed to “rehabilitate” the kingdom’s image in the country, analysts say.

Reuters news agency quoted an official last month who said talks with the leaders will revolve around the possibility of establishing a GCC summit later this year, among other issues.

Last month, Qatari Foreign Minister Sheikh Mohammed bin Abdulrahman Al Thani said that his country would be willing to participate in a US-GCC summit next spring, provided that the blockading countries’ motivation is based on real will and not coercion.

Asked about the summit at a briefing in Washington, DC on Monday, Saudi Foreign Minister Adel al-Jubeir said he was unaware of any specific plans for a summit.

“Qatar is irrelevant,” he added.

The last US-GCC summit was held in May 2017 in the Saudi capital Riyadh, just before the crisis unfolded.

Trump and bin Salman will also discuss Iran, Russia and possible investments in US companies, among other issues, the White House official said on Monday.