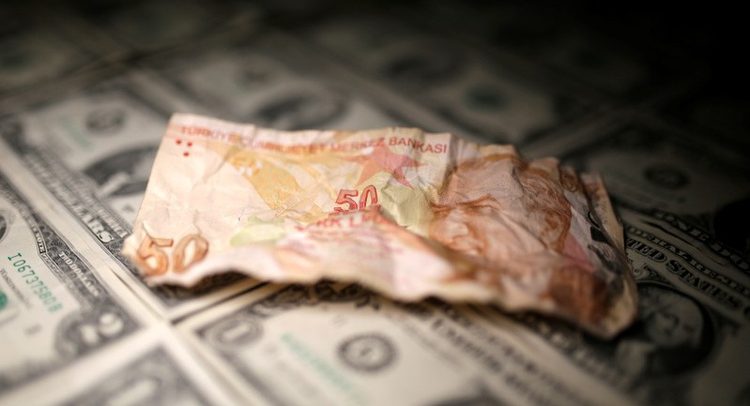 Turkey warned on Monday that U.S. trade sanctions against it could destabilise the Middle East and ultimately bolster terrorism and the refugee crisis, underscoring the regional impact of Ankara’s deepening rift with Washington.

Turkish Finance Minister Berat Albayrak, who is President Tayyip Erdogan’s son-in-law, used a visit to Paris to both take aim at the United States and highlight Ankara’s push for better ties with Europe, given the stand-off with Washington.

The rift with the United States over an American evangelical Christian pastor detained in Turkey on terrorism charges has helped accelerate a crisis in the Turkish lira, which is down about 40 percent this year. U.S. President Donald Trump this month authorised a doubling of duties on aluminium and steel imported from Turkey.

Investors are also worried about a U.S. Treasury investigation into majority state-owned Turkish lender Halkbank (HALKB.IS), which faces a potentially hefty fine for allegations of Iran-sanctions busting. The bank has said all of its transactions were legal.

“These steps taken with political motivation will not only impact the global financial system but also global trade and regional stability,” Albayrak told a news conference following a meeting with his French counterpart, Bruno Le Maire.

“With the damage (the measures) will cause to regional stability, they will unfortunately contribute to chaotic problems that feed terrorism and also the refugee crisis.”

“The exchange rate sensitivity created by the tension between us and the United States continues,” said Seda Yalcinkaya Ozer, an analyst at brokerage Integral.

Turkey and the United States are also at odds over diverging interests in Syria and U.S. objections to Ankara’s ambition to buy Russian defence systems.

The United States has expressed concern that NATO member Turkey’s planned deployment of the Russian-made S-400 could risk the security of some U.S.-made weapons and other technology used by Turkey, including the F-35 jet.

A committee from the U.S. Congress visited Turkey on Monday and held meetings with officials regarding the F-35 programme, Turkey’s foreign ministry said.

In a conference call earlier this month, Albayrak told investors that Turkey would emerge stronger from the crisis, insisting its banks were healthy but that the authorities were ready to provide support to the sector if needed.

Turkey’s central bank and banking watchdog have taken steps to underpin the lira in recent weeks, including cutting limits for Turkish banks’ swap transactions. On Monday, the Istanbul stock exchange said it had started work on setting up a swap market as part of efforts to make the city an international finance centre.

Investors remain concerned about the lira, given Erdogan’s opposition to high interest rates and with inflation near 16 percent in July, its highest in more than 14 years.

August inflation data will be released next Monday and the central bank will hold a policy-setting meeting on Sept. 13, having left rates on hold at its last meeting, contrary to expectations.

Erdogan has cast the lira slide as the result of an “economic war” against Turkey, a comment echoed by his spokesman last week when U.S. President Donald Trump ruled out concessions to Ankara in return for Brunson’s release.

Simona Halep suffers shock first-round defeat at the US Open