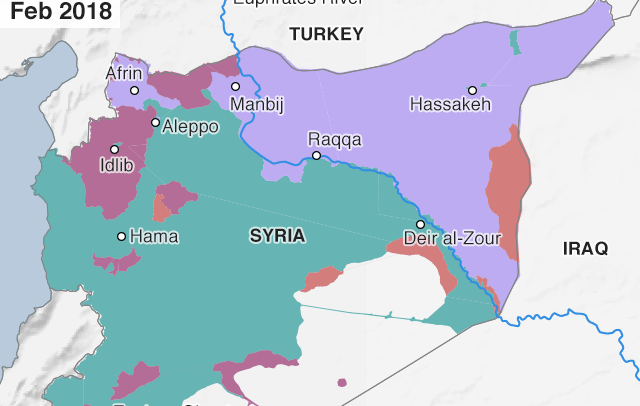 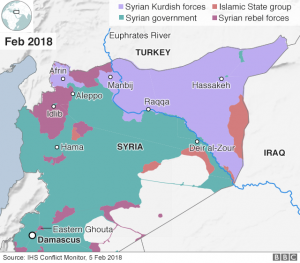 Turkey has warned the Syrian government not to help Kurds fighting against Turkish forces in northern Syria.

Deputy Prime Minister Bekir Bozdag said Turkey’s operations were going ahead as planned and it would be a “disaster” if Syrian troops were to intervene.

Syrian media had earlier said the army would help Kurds resist Turkish operations in the enclave of Afrin.

But there has been no sign of this so far, and the Kurdish YPG militia has denied there is a deal with Damascus.

Turkey regards the Kurdish fighters, just across its border in Afrin, as terrorists. It launched a major offensive against them last month.

President Recep Tayyip Erdogan told Russia’s Vladimir Putin that Damascus would face “consequences” if it struck a deal with the Kurds, CNN Turk reported on Monday.

Both Mr Bozdag and Foreign Minister Mevlut Cavusoglu delivered a similar message later in the day.

“If (the Syrian army) comes in to defend the YPG, then nothing and nobody can stop Turkish soldiers,” Mr Cavusoglu told reporters in Jordan.

Elsewhere in Syria, pro-government forces were also reported to be preparing a ground assault on the rebel-controlled Eastern Ghouta area, on the edge of Damascus.

Syrian activists said dozens of civilians had been killed over the past 24 hours in government attacks, in one of the deadliest days in the Eastern Ghouta since Syrian forces stepped up their campaign to retake it earlier this month.

What has purportedly been agreed?

But later YPG spokesman Nouri Mahmoud said: “There is no agreement. There is only a call from us for the Syrian army to come in and protect the borders.”

If a deal were to be struck, Turkish troops could find themselves confronting not only Kurdish fighters in Afrin, but the Syrian army too, correspondents say.

Bitcoin broke through $11,000 for the first time since January