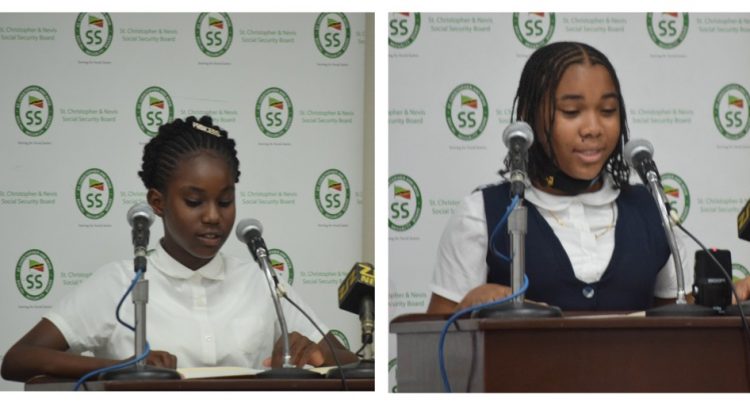 A total of 21 scholarships were presented to 10 secondary school awardees and 11 fifth form graduates under the 2020 Social Security Board Susanna Lee High School Scholarship initiative.

The students were inducted into the programme on Tuesday, October 27, 2020, at a ceremony held at the Social Security Board Room. The theme “Never Give Up” echoed throughout the ceremony as the students were reminded of the financial and moral support provided.

Chairperson of the Scholarship Committee, Jenifer Williams, said that the scholarship programme has a proud history dating back to its inception in 1983. Since it was formed, 214 awardees have benefited from the support.

She told the inductees that they should always give of their best even on days when they may not be able to give 100 percent.

“You are young, you are going to become frustrated, but it is what you do after you would have experienced these things [that] would determine the kind of individual you are, the character that you possess,” Ms. Williams expressed to the inductees.

She also delivered a similar message to parents reminding them to never give up on their child/children and to support their dreams and aspirations.

Scholarship recipient Kahlia Collins of the Washington Archibald High School said that she intends to pursue a career in Criminal Law and noted that the Social Security Board and staff are now a part of her journey to fulfilling her dream.

Zanique Williams received one of the 11 fifth form graduate scholarships. She indicated that the scholarship has assisted her to procure school supplies and uniforms over the years. The fellowship and mentorship aspect of the scholarship was particularly useful.

“Thank you for the occasional meetings we had whereby we got to know each other as well as our sponsors,” she said. “Once a year, you would take us to a restaurant or a picnic, hiking etc. This was to relax our mind a bit and of course, you fed us,” Ms. Williams said in jest.

Now a student of the C. F. Bryant College, the young lady said that she is determined to achieve her dream of becoming an architect.