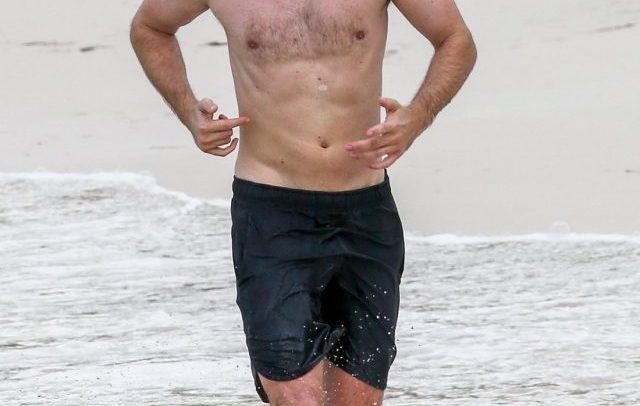 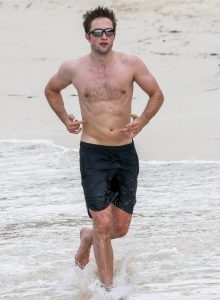 The 31-year-old actor went shirtless for a workout on the beach in Antigua on Monday afternoon. Wearing simple black shorts and a pair of dark sunglasses, Pattinson hit the sand on the Caribbean island for a grueling exercise routine that included running and lifting weights. The results of his hard work were on display, with his chiseled abs in full view.

The Twilight star’s figure has changed frequently over the last few years with his various film roles. For his turn in last year’s The Lost City of Z, Pattinson said he and his castmates lived on as little as one meal per day while portraying 1920s adventurers who disappeared into the Brazilian jungle.

“I had literally eaten nothing for the entire time,” he explained of his dietary restrictions for the role, adding, “I loved it afterwards, for like a week in London, where I have a 28-inch waist. I was like, ‘Ooh! Skinny jeans!’ ”

However, his super slim figure was short-lived: “That lasted for, like, three days.”

Although Pattinson just presented at the Golden Globe Awards, he prefers his privacy and recently shared why he chooses to mostly stay out of the spotlight.

“I always think the risk reward is very much weighted in the wrong direction,” he said in the September issue of GQ . “If I could stay silent, I would.”