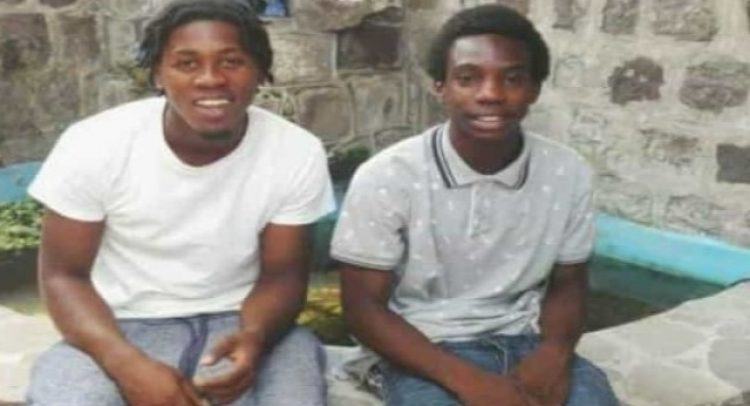 Basseterre, 12th January, 2021 (MyVueNews.com)- Two families in St. Kitts are waking up this morning, trying their best to pick up the pieces to find answers to explain what led to the killing last night, (11th January, 2020), of their sons, who were struck down by bullets in McKnight.

It was just after 7:00 p.m. when shots rang out, disturbing the community of Irish Town, at Lower Thibou Avenue.

The shots, according to some in the area, could be heard as far as the Garden’s Playing Field. Almost immediately, residents, flocked to the area, hoping to get a glimpse of what was happening.

Family members of the victims also had to suffer the pain and anguish of being on the scene where their loved ones were sprawled on the street, with one already dead and the other fighting for his life when the emergency services arrived.

By the time police arrived on the scene, they met one man, identified as 20 year old Lamont Heyliger, shot dead, and a second male, 19 year old Jahquan Merritt, who is also known by the alias “Mini”, also spread out on the ground with bullet wounds.

Heyliger received multiple shots about his body and Merritt was shot in the head, said police.

Merritt was rushed to the nearby Joesph N France General Hospital where he died, around 10:00 p.m.

The circumstances that led to the shooting are still unknown but police have already started their investigations, urging the public to assist with any information that they may have to help find the person or persons responsible.

Preliminary investigations so far, have revealed that Heyliger, Merritt and other persons were in a shed when an individual shot both men,” said police.

Both victims are said by residents of the area, to have been friends since their childhood.

The incident led police to cordon off sections of Lower Fiennes Avenue and Lower Thibou Avenue and a portion of the Irish Town Bay Road, as they tried to take control of the crime scene.

Legend lives up to billing