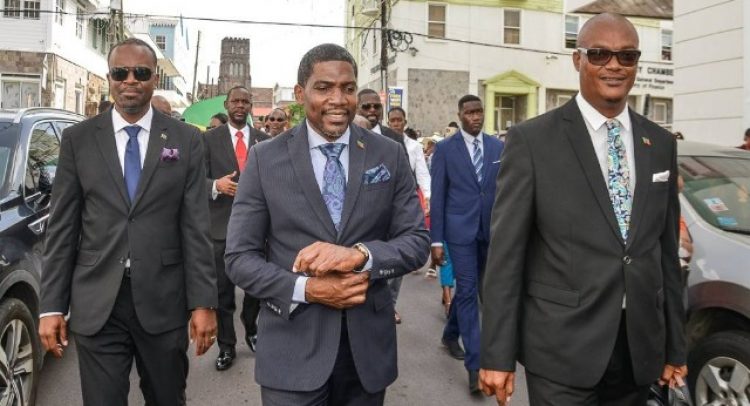 Basseterre, Thursday, 11th August, 2022, (MyVue News.com) – The full composition of the new Cabinet of the Government of St. Kitts & Nevis will not be known until the official swearing-in ceremony is held on Saturday, 13th August, 2022, but already, two of the portfolios have been made known.

The disclosure came in the first interview given this week to local media by Prime Minister Dr. Terrence Drew, who revealed that he will be assuming the role of Minister of Health, while his colleague, Dr. Geoffrey Hanley, will become the country’s next Minister of Education.

Hanley, who served as a teacher for many years, will become the third Minister of Education in under four months, succeeding Vincent Byron, who held the post for approximately 3 months, and Jonel Powell, who served for one year and 11 months, before the Team Unity Government fell apart earlier this year.

Drew said he would like all citizens, no matter their political leanings, to attend Saturday’s ceremony, which will be held at the Warner Park Stadium, in Basseterre.

At that time, all portfolios will be declared, and the various ministers identified by their new roles and the ministries and departments, for which they are to have oversight.

At the start of any new administration, there is always much excitement about portfolio allocations. This remains the case as many await the portfolios for former Prime Minister, Dr. Denzil Douglas. This is the first time since independence, that the country would be having a former prime minister serving in a cabinet led by someone else.

However, in 1966, former Chief Minister, Paul Southwell, gave way to Robert Bradshaw, who replaced him as Chief Minister. Bradshaw went on to become the first Premier, following the attainment of Associated Statehood in 1967.

Except for former Prime Minister, Dr. Denzil Douglas, all the five other elected Members of Parliament, will be getting their baptism in Cabinet. It is also likely that the new Attorney General, Deputy Speaker, and a third senator, will be disclosed at the ceremony. No clues yet, on who these might be.

The matter of health has come in for much scrutiny in recent months, with many politicians and citizens calling for urgent upgrades, including new medical equipment, training, more nurses, and a new hospital, to either replace or complement the existing but aging Joseph N France General Hospital, built over fifty years ago.

Drew, who is a medical doctor, has therefore decided to assume control of this ministry, to help spearhead the much-needed changes.

The new government comes after the successful bid by the St. Kitts -Nevis Labour Party, which won 6 of the 11 seats in the National Assembly of the country, following the elections held on Friday, 5th August, 2022.