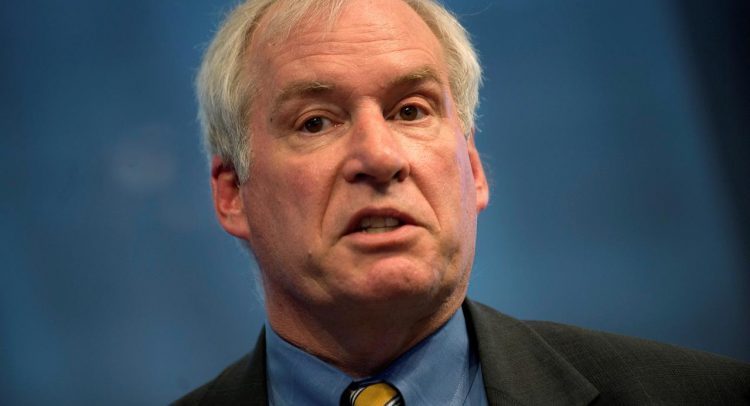 (Reuters) – The continued spread of the novel coronavirus could hamper the U.S. economic rebound from the pandemic, and more fiscal and monetary support will likely be needed, Boston Federal Reserve President Eric Rosengren said on Friday.

Rosengren repeated his view that the U.S. unemployment rate will likely be “at double-digit levels” at the end of 2020 and cautioned against reopening the economy too quickly after the end of lockdowns aimed at containing the virus.

“This lack of containment could ultimately lead to a need for more prolonged shut-downs, which result in reduced consumption and investment, and higher unemployment,” Rosengren said in a virtual event organized by the Greater Providence Chamber of Commerce.

The U.S. central bank moved quickly to support the economy by cutting interest rates to near zero and rolling out a slew of emergency lending facilities. In his remarks on Friday, Rosengren said those moves likely were not enough and that more support is needed from both monetary and fiscal policy.

The Fed’s Main Street Lending Program, which targets small and medium-sized businesses, was officially launched this week after nearly three months of planning. Some small lenders and small business consultants said the program may not be a good fit for many struggling businesses.

But Rosengren said recent changes the Fed made to expand the program should make it attractive to more borrowers. He also encouraged more lenders to register, adding they might need it in the fall if there is a resurgence of the virus.

“These are still early days in the program, and we are seeing a steady stream of interest,” Rosengren said.

Rosengren also said the commercial real estate sector will face challenges in the wake of the pandemic, with some companies needing more space and others asking more employees to work from home.

“It’s too soon to know how it’s going to affect all elements of real estate,” he said.