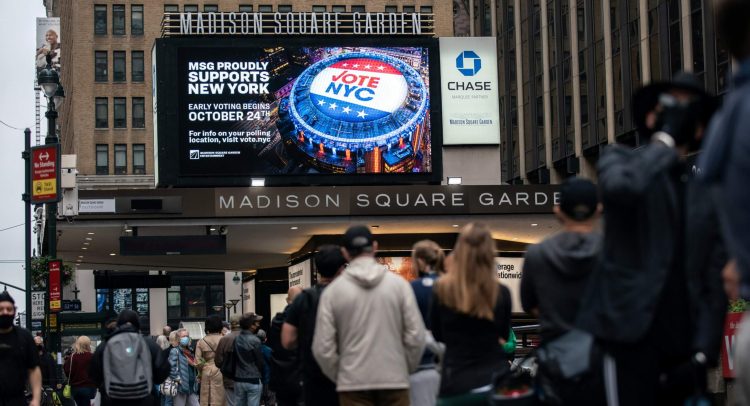 WASHINGTON (Reuters) – The Democratic-controlled U.S. House of Representatives on Wednesday is expected to pass its flagship election reform bill, which would update voting procedures and require states to turn over the task of redrawing congressional districts to independent commissions.

The legislation, whose number “H.R. 1” indicates the importance Democrats attach to it, “is designed to restore the voices of Americans who felt left out and locked out for too long,” Representative John Sarbanes, the original sponsor of the legislation, said in remarks outside the U.S. Capitol.

The bill is one of many the House Democrats are voting on early in the Congress on a number of priorities, including lesbian, gay, bisexual and transgender rights, policing and the environment.

President Joe Biden, a Democrat, has said he would sign the bill into law if it cleared both the House and the Senate.

But the bills face long odds in the Senate, where all 48 Democrats and the two independents who caucus with them would need to be joined by 10 Republican senators to overcome a filibuster.

Already, some Democrats have trained fire on the filibuster and called for its elimination. Representatives Steny Hoyer, the No. 2 Democrat, called the filibuster “undemocratic” at a news conference on Tuesday and James Clyburn, the No. 3 Democrat, described how the filibuster had been used to deny rights to Black citizens.

Such a move to destroy the filibuster would face severe opposition. Democratic Senator Joe Manchin has repeatedly said he would “never” vote to get rid of the filibuster, while Biden has said he opposes overturning it.

Some Democrats have suggested a compromise of a carve-out could be possible.

Asked about the possibility of a carve-out for voting rights issues, Senator Raphael Warnock, who was narrowly elected in Georgia, a state that has since introduced a raft of changes to election procedures that critics say target Black voters, told a reporter on Tuesday: “I think that the issues are urgent enough to leave all options on the table.”

Democrats have argued the legislation is necessary to lower barriers to voting and to make the U.S. political system more democratic and responsive to voters.

But Republicans contend the bill would take powers away from the states and fail to do enough to combat fraud, and the influential right-wing Heritage Foundation think tank has urged lawmakers to vote against it.

The bill has particular importance this year because the U.S. Census Bureau is set to turn over population data that states use to redraw congressional district maps ahead of the 2022 elections, where every House lawmaker’s seat is up for grabs.

States use different criteria and procedures for drawing the maps. In 33 states, state legislatures control at least part of the process of drawing those maps, according to the National Conference of State Legislatures.

The parties in control of state legislatures have often wielded the power to draw the maps in a way that benefits the party in power. Some states have also used this process to target Black voters.

It also comes as state lawmakers in 43 states have introduced legislation to place more limits on voting, according to the Brennan Center for Justice.

Several states, including Georgia, where Warnock and Democrat Jon Ossoff were elected in a political upset in January, have since introduced changes to their election procedures that activists say make it more difficult for people to vote.

COVID-19 vaccine offered in St. Kitts at health centers in the afternoon from 1:00 pm, Monday to Friday

As the world vies for vaccines, Cuba's making its own