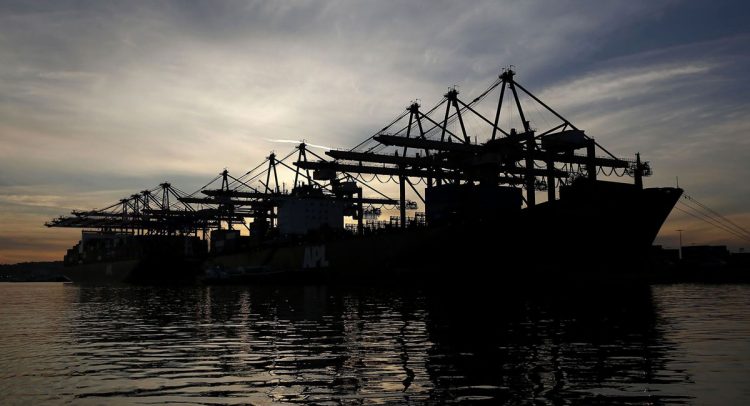 U.S. May Exports Sink to 11-Year Low as Imports Drop

U.S. exports sank to the lowest in more than a decade while imports dropped as the coronavirus continued to curtail demand for goods and upset producers’ supply chains.

Goods exports plummeted 5.8% in May from the prior month to $90.1 billion, the lowest since August 2009, according to Commerce Department data released Thursday. Imports decreased 1.2% to $164.4 billion.

The data indicate the U.S. economy is still struggling to turn around after the business lockdowns and slowdown in consumer spending stemming from the coronavirus, even as more states begin to reopen and Americans head back to work. Analysts typically look to these trade numbers to adjust estimates for economic growth during the quarter.

The goods-trade deficit widened to $74.3 billion, the biggest since June last year, from a revised $70.7 billion a month earlier. The median forecast in a Bloomberg survey of economists called for a $68.2 billion gap.

The International Monetary Fund this week downgraded an already-dour outlook for global trade this year, forecasting an 11.9% drop in goods and services trade.

Should you take a dietary supplement to prevent disease?

Simmons banks on Blackwood to improve his batting game