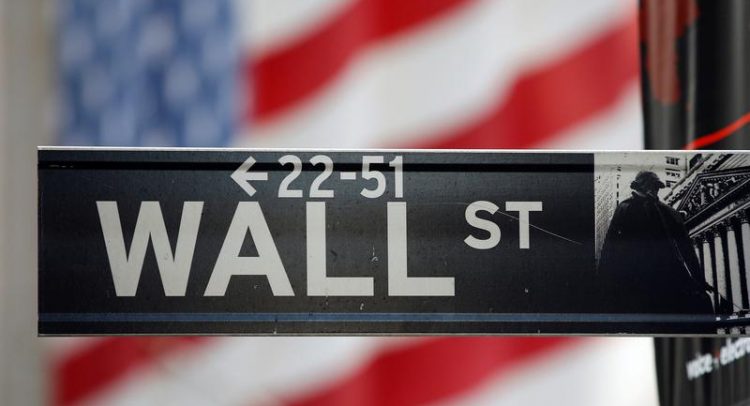 Wall Street faces a rocky run-up to Election Day, with mounting worries about the outcome in Washington adding to nerves about the coronavirus pandemic and fading chances of stimulus.

The Cboe Volatility Index, Wall Street’s “fear gauge,” surged to 32.46, its highest closing level since Sept. 3., while the S&P 500 had its biggest one-day drop, with investors reluctant to buy ahead of the vote.

“What we’re seeing today is people setting up for Election Night: raising cash to preserve capital, lock in capital gains at a lower rate, and to have some cash available for the growing eventuality of lower prices,” said Robert Phipps, director at Per Stirling Capital Management in Austin, Texas.

Investors have been betting on a win by Democratic challenger Joe Biden by buying alternative energy shares and cannabis stocks, which are expected to benefit from his policy proposals. Bond yields have climbed, partly in anticipation of greater stimulus under a Biden administration.

Some of those bets looked a bit weaker on Monday. For instance, the Invesco Solar ETF was down 2.1% and bond yields slipped.

Before Monday, investors appeared to be dialing back on election-related volatility bets on the expectation of a clean win. As stocks fell, however, VIX futures rose along with the volatility index.

Now market watchers worry that an unexpected victory by President Donald Trump, a Republican, or an uncertain election outcome could force drastic unwinding of positions similar to what occurred in 2016, when investors were overwhelmingly positioned for a Hillary Clinton presidency.

Biden still leads in national opinion polls by 7.9 percentage points, though Trump has increased his standing in battleground states Georgia and Michigan, according to polling aggregator RealClearPolitics.

A surprise victory by Trump could lead to a post-election jump similar to that in 2016 here, when a rally in drugmakers and financial companies helped reverse deep overnight losses and pushed the S&P 500 up more than 1%, the start of a surge through the end of the year.

J.P. Morgan analysts said on Monday that the best outcome for equities is an “orderly” Trump victory, with the S&P 500 potentially catapulting to 3,900. A divided government could be a net positive, they said, while a Democratic White House and Congress would be neutral with the potential for a larger stimulus weighed against higher corporate taxes.

Signs of a close election tend to lead to more volatility in the run-up to Election Day, said King Lip, chief strategist at Baker Avenue Asset Management in San Francisco.

“The polls appear to be narrowing…and what that causes is just more uncertainty,” he said.

Overall, the S&P 500 is up approximately 5% for the year to date and remains about 5% below its record high posted in early September. Since then, a widely expected fiscal stimulus bill in Washington has stalled and the U.S. has posted its highest-ever numbers here of new coronavirus cases.

The deep drops in the stock market Monday have “to do with the lack of a stimulus package and concerns about the pending election,” said Tim Ghriskey, chief investment strategist at Inverness Counsel in New York. “There’s nervousness on both those issues.”

Main photo: A sign for Wall Street is seen with a giant American flag in the background across from the New York Stock Exchange November 5, 2012. (Photo Courtesy REUTERS/File Photo)