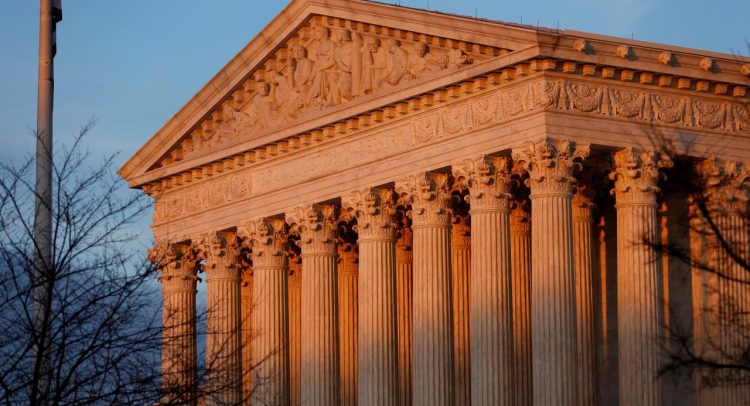 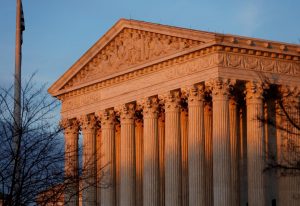 The U.S. Supreme Court on Monday refused to block a lower court ruling requiring Republican-drawn congressional districts in Pennsylvania to be reworked immediately, boosting Democratic hopes of winning control this year of the U.S. House of Representatives.

Justice Samuel Alito denied an emergency application filed by Republicans to stop the immediate reworking of the electoral district boundaries, preserving a ruling by the state’s top court that they had unlawfully sought partisan advantage over the Democrats in drawing the maps.

The Jan. 22 Pennsylvania Supreme Court ruling gives Republican legislators until this Friday to submit a revised map to Democratic Governor Tom Wolf, who would have until Feb. 15 to sign off on the changes. If those deadlines pass without an agreement, the state court said it would rewrite the map itself.

Democrats, who hold only five of Pennsylvania’s 18 congressional districts despite its status as a closely divided electoral swing state, must capture at least two dozen seats currently held by Republicans in the Nov. 6 congressional mid-term elections to wrest control of the U.S. House.

A new map potentially could give Democratic candidates a chance to pick up several Republican-held seats in Pennsylvania alone, with national polls showing voters strongly favoring Democrats in 2018 over President Donald Trump’s party.

The Pennsylvania fight is one of several across the United States focusing on what is known as partisan gerrymandering, the manipulation of the composition of legislative districts to amplify the voting power of one party at the expense of another.

In a 5-2 vote along party lines, the Democratic-controlled Pennsylvania court had ruled that Republicans crafted the map to deprive Democratic voters of meaningful ballots, violating the state Constitution’s guarantees of equal protection and free speech.

Republicans, including members of the state legislature, potential candidates and voters, asked the Supreme Court to put the ruling on hold, saying redrawing the district lines this month would cause chaos ahead of the November House races.

Experts have held up Pennsylvania as one of the most extreme examples of gerrymandering, pointing to bizarrely shaped districts that have earned nicknames like “Goofy kicking Donald Duck.” The Republican-controlled legislature created the current map in 2011, after the 2010 U.S. census.

The legal challenge was filed by the League of Women Voters of Pennsylvania. The plaintiffs did not immediately comment on Monday.

The appeal had been seen as a legal long shot in part because the underlying lawsuit was based on the state Constitution, not the U.S. Constitution. State Republican legislative leaders did not immediately comment on Monday.

The U.S. Supreme Court is already weighing whether to set for the first time a legal standard for partisan gerrymandering in two cases out of Wisconsin and Maryland. The court is expected to rule by the end of June in both cases.

A federal court on Jan. 9 ordered Republican-draw congressional districts in North Carolina to be redrawn, saying the partisan gerrymandering violated the U.S. Constitution’s guarantee of equal protection under the law by intentionally hobbling the electoral strength of non-Republican voters.

But the U.S. Supreme Court on Jan. 18 put that ruling on hold in a decision to could help Republicans in their bid to retain control of the House.

Gerrymandering is typically accomplished by concentrating voters who tend to favor a particular party in a small number of districts to lessen their statewide voting power while scattering others across districts in numbers too small to be a majority.