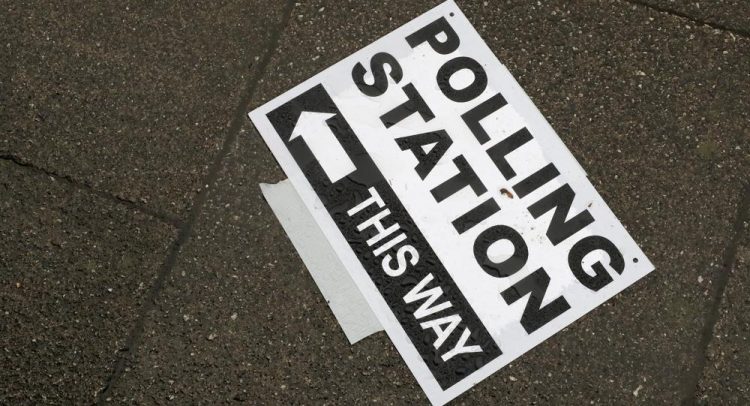 LONDON (AP) — The British government has announced contentious plans to toughen election voting rules by requiring photo identification at polling stations, a move it says will protect the democratic system against electoral fraud.

But opponents and civil liberties groups say the law proposed by Prime Minister Boris Johnson’s Conservative government could disenfranchise millions of voters, particularly the poor and members of ethnic minorities.

The government’s legislative agenda for the next year, announced Tuesday, includes a plan to tighten election rules for postal and proxy voting, and to require electors in U.K. general elections to show photo ID at polling stations. At present, Northern Ireland is the only part of the U.K. that requires voters to prove their identities at polling stations.

Environment Secretary George Eustice said Wednesday that the changes would “protect the integrity of our electoral system” against fraud and had “nothing to do with party interests.”

But opposition Labour Party justice spokesman David Lammy said it was “a cynical and ugly attempt to rig the system to disempower the poorest and most marginalized groups.”

Voter ID has been a contentious issue in several U.S. states, where Republican administrations have sought to tighten voting laws, spurred in part by baseless claims of election fraud made by former President Donald Trump.

Critics accuse the British government of overstating the scale of the problem. According to research by Parliament, there was one conviction in 2017 for impersonation at polling stations, and none in 2018.

The government said a “broad range” of identification documents will be accepted under the new rules, including passports, driving licenses and seniors’ public transit passes.

The Electoral Commission, which oversees voting, has estimated that 7.5% of the electorate, or around 3.5 million people, lack any of those forms of identification.

The Electoral Reform Society, a political pressure group, said the new law was “a colossal waste of energy and resources.”

“This policy is misguided and wrong, and risks pulling up the drawbridge to people across the country,” said Jess Garland, the group’s director of policy and research.

“Many of us will know someone who lacks a driving license or passport. If mandatory ID were to be rolled out nationally, it could result in tens of thousands of voters being denied a say every election.”

The government also stepped into the emotive issue of free speech on campus, announcing a Higher Education (Freedom of Speech) Bill that will require universities “to defend free speech and help stamp out unlawful ‘silencing.’” Staff, students and guest speakers will be able to claim compensation if they think they have been silenced, and colleges could face fines if they breach the rules.

Some academics — most often those with conservative views — have complained of facing protests or having invitations to speak at universities rescinded after pressure from student groups and campaigners.

Universities Minister Michelle Donelan said there was a “growing chilling effect on our campuses which is silencing and censoring students, academics and visiting speakers.”

But free-speech groups Index on Censorship, English PEN and Article 19 said in a letter to the government that the proposed law might itself have “a chilling effect.”

“It is far from clear … that academic freedom will be strengthened by imposing more state control over universities,” they said.