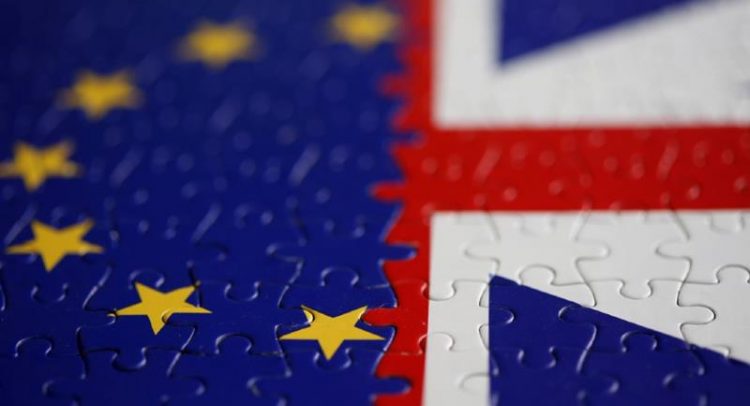 A new post-Brexit tariff regime could see Britons buying cheaper fridges, Christmas trees and sanitary products, as well as thousands of other imports, officials said on Tuesday, as the United Kingdom unveiled plans for trade once the country’s transition period in its departure from the European Union is complete at the end of the year.

The UK Global Tariff, as it is being called, would apply to all countries with which the UK does not have a trade deal, and government officials say it will see tariffs wiped out for 62 billion pounds ($76bn) of imports. The UK is aiming to have 80 percent of its external trade covered by free trade agreements by 2022.

But certain sectors, such as fishing and agriculture, are to be protected against competition, with tariffs remaining in place – or even increased, meaning families may face rising bills for food imported from the EU.

Under the new programme, 60 percent of imports would not have UK tariffs added on top of WTO terms, the Department for International Trade said on Tuesday.

Currently, the EU accounts for 47 percent of the UK’s trade, with zero tariffs.

“For the first time in 50 years we are able to set our own tariff regime that is tailored to the UK economy,” Liz Truss, international trade minister, said in a statement emailed to Al Jazeera.

“Our new Global Tariff will benefit UK consumers and households by cutting red tape and reducing the cost of thousands of everyday products. With this straightforward approach, we are backing UK industry and helping businesses overcome the unprecedented economic challenges posed by coronavirus.”

The coronavirus pandemic will also not stand in the way of the UK’s departure from the EU, said UK officials who have ruled out any extension to the transition period.

With remotely held talks seemingly at an impasse, the UK on Tuesday published (pdf) its vision of a draft Free Trade Agreement in a bid to pressure the EU side to break the deadlock.

Making the British proposals public meant showing the UK’s hand to all 27 EU member states, not just the European Commission, the executive branch of the EU, which is negotiating on behalf of the world’s largest trading bloc.

A spokesman for Prime Minister Boris Johnson told reporters the draft was being published as a “constructive contribution to the negotiations” and to ensure they were “available to all and so that the Commission can share the text with the member states”.

But any notion that individual member nations might intervene to demand the Commission accept certain British proposals was swiftly downplayed by the prime minister’s spokesman, who added, “We are not seeking to negotiate directly with member states and never have.”

The EU Commission, for its part, published its position more than two months ago, but the UK’s move on Tuesday was broadly welcomed in Brussels and beyond.

“I welcome the UK’s publication of draft legal texts today,” tweeted Michel Barnier, the EU’s chief Brexit negotiator. “In the next round, we must make tangible progress across all areas, including the level playing field and governance.”

That came in a response to a letter accompanying the UK’s draft agreement, in which UK negotiator David Frost told Barnier that what the British government was seeking was similar to the EU’s trade deals with Japan and Canada, and complained at length – for three of the letter’s four pages – that the EU was asking the UK, essentially, to be bound to EU law and regulations.

Conservative Member of Parliament Owen Paterson, an arch-Brexiteer, called it a “tremendous letter”.

Analysts said that the UK is asking the EU for more than the EU has agreed with either Japan or Canada, and that the physical proximity of the UK to Europe meant trade and other cooperation, such as in areas of policing, aviation, fisheries and even nuclear waste management was of a much greater depth and complexity than the EU would have to deal with regarding countries many thousands of miles away.

As such, the EU has insisted that the UK continues to abide by its regulatory standards, hence the impasse.

“The publication of the UK’s text is welcome, as it allows stakeholders here to see what we’ve proposed,” trade expert David Henig told Al Jazeera.

“It will be the first time [EU] member states have seen the UK’s text, but that’s unlikely to make much difference right now as the Commission are the main power in the EU’s external negotiations,” added Henig, the UK director of the European Centre for International Political Economy.

“The letter to Barnier will have been seen negatively though, as a threat the UK is not in a position to give.”

The fourth round of talks is set to begin on June 1, and is seen as the last chance for the two sides to agree upon an extension to the transition period. If the two sides do not agree to a deal, the UK will crash out on December 31, in a situation many economists agree would be catastrophic for the economy, with a falling pound driving up the cost of imports – regardless of the new tariff regime.

Photo: A close fit: UK-EU trade is seamlessly interlocked, and diplomats are attempting to ensure that continues after the UK is no longer bound by the rules of the world’s largest trading bloc [Dado Ruvic/Illustration/Reuters]

Tsai says China must 'coexist' with a democratic Taiwan