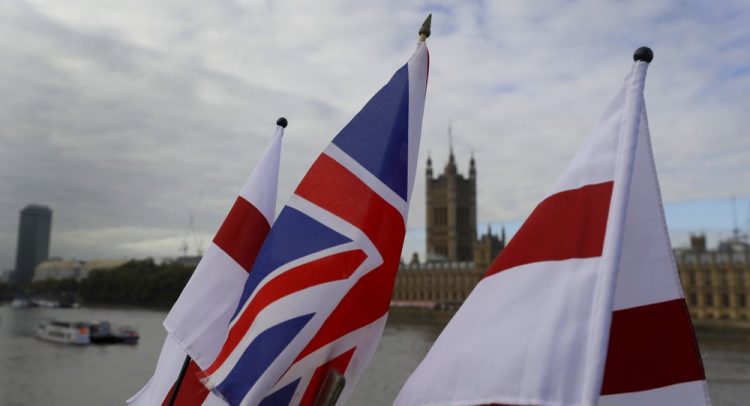 By Jill Lawless and Raf Casert,

British Prime Minister Boris Johnson said Friday that the U.K. must prepare for a no-deal break with the European Union unless there is a “fundamental” change of position from the bloc, as the two sides swapped blame for failing to strike a trade deal with just weeks until the end-of-year deadline.

The EU said it was ready to continue negotiating, but Britain declared the talks as good as dead.

“The trade talks are over,” Johnson’s spokesman James Slack said. “The EU have effectively ended them yesterday,” he said, by stating at a summit in Brussels that the U.K. would have to significantly change position or there would be no deal.

Downing St. rebuffed the offer, saying there was “no basis for negotiations in London as of Monday,” though British negotiator David Frost and Barnier agreed to speak early next week.

“There is only any point in Michel Barnier coming to London next week if he is prepared discuss all the issues on the basis of legal texts in an accelerated way without the U.K. being required to make all of the moves,” Slack said.

The EU said it saw several more weeks of detailed talks ahead which would by their very nature have to deal with legal wording, and said both sides would have to budge.

Britain ramped up tensions without definitively making good on Johnson’s threat to walk away from negotiations if a deal was not struck at the EU summit which ended Friday.

Johnson said in London that the EU had “abandoned the idea of a free trade deal” by not giving in to the U.K.’s demand for a generous free trade agreement like the one the bloc has with Canada.

“Unless there is a fundamental change of approach we are going to go for the Australia solution,” Johnson said.

While Australia has no comprehensive trade deal with the EU, Johnson insisted Britain would “prosper mightily” under those conditions, which would mean tariffs and other barriers between the U.K. and its biggest trading partner. But many economists say it would be devastating for many British businesses, which are already struggling with a huge economic hit from the coronavirus pandemic.

Sectors such as automaking and agriculture, which face heavy tariffs, say they could be wiped out.

“In the event of a no-deal Brexit, shoppers will, literally, pay a heavy price,” with stiff tariffs compounded by border delays, he said.

Britain officially left the EU on Jan. 31 but remains part of its economic structures until Dec. 31. The two sides have been trying to strike a deal on trade and other relations before then, and say in practice it must be agreed by early next month if it is to be ratified by year’s end.

Months of talks have ground to a halt on the issues of fishing — highly symbolic for maritime nations on both sides — and rules to ensure common regulatory standards and fair competition. The EU fears the U.K. will gain an unfair advantage by slashing food, workplace and environmental standards and pumping state money into businesses once it is free of the bloc’s rules.

Britain accuses the bloc of seeking to impose demands that it has not placed on other countries it has free trade deals with.

“They want the continued ability to control our legislative freedom, our fisheries, in a way that is obviously unacceptable to an independent country,” Johnson said.

The EU says Britain can’t have the same trade terms as Canada because of its proximity to the bloc and its economic clout. The EU and Canada do about 55 billion euros ($65 billion) worth of trade a year, compared to 500 billion euros between the U.K. and the bloc.

Britain often produces the same products on the EU’s doorstep, and granting it zero-tariff, zero-quota rights without strict regulation would be an economic nightmare for many on the continent.

Merkel said it was in both sides’ interest to have a deal. “We have seen light but of course also still shadows in the most recent negotiations,” she said.

Rutte said that there was plenty of realism among EU leaders that compromise had to come from both sides.

“You know you will never get everything that you always wanted,” he said, “It will always end up with a compromise.”

French President Emmanuel Marcon — viewed by Britain as one of the most intransigent EU leaders — said a deal “requires effort, particularly from the U.K.”

“Let’s keep in mind that it is the U.K. that wanted to leave the EU and needs an agreement much more than we do,” he said in Brussels.