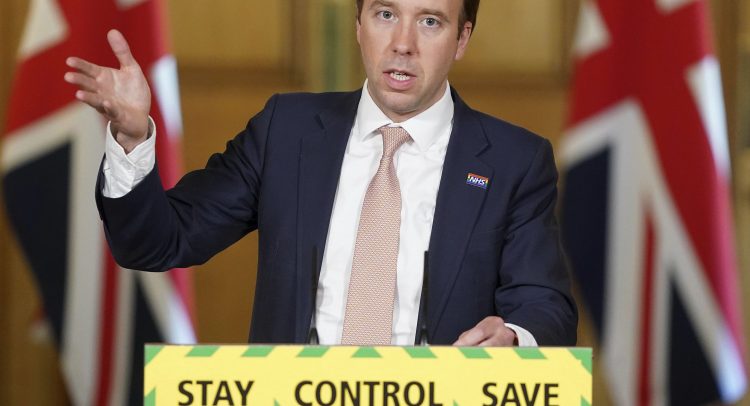 LONDON (AP) — People from ethnic minorities have died from COVID-19 in larger relative numbers in England than their white compatriots, according to a study published by health authorities Tuesday.

The Public Health England report indicated reasons for the discrepancy but didn’t offer any recommendations. The government didn’t offer any solutions, prompting concerns that people from black, Asian and other minority backgrounds will still face a disproportionate risk if there is a second spike in the coronavirus outbreak.

Dr. Kailash Chand, a former deputy chair of the British Medical Association council, said the report could be viewed as a “whitewash” for failing to deliver recommendations.

“This was something to show that they were appearing to do something,” he said.

The study, commissioned by the government in April at the height of the U.K. outbreak, found that people of Bangladeshi ethnicity had about twice the risk of death from the virus as white Britons. It said people of Chinese, Indian, Pakistani, other Asian, Caribbean and other black backgrounds also had a higher risk of death than white Britons – of between 10% and 50%.

Health Secretary Matt Hancock said it was inarguable that “being black or from a minority ethnic background is a major risk factor” in the pandemic.

“This is a particularly timely publication because right across the world people are angry about racial injustice,” Hancock said at a news conference, referring to unrest in the United States over the death of unarmed black man George Floyd while he was being detained by police.

“I get that,” Hancock said of people’s anger. “Black lives matter.”

Hancock said the government would investigate the issues involved in the coming weeks and months.

“I totally understand the urgency, the importance and the sensitivity of getting this right,” he said.