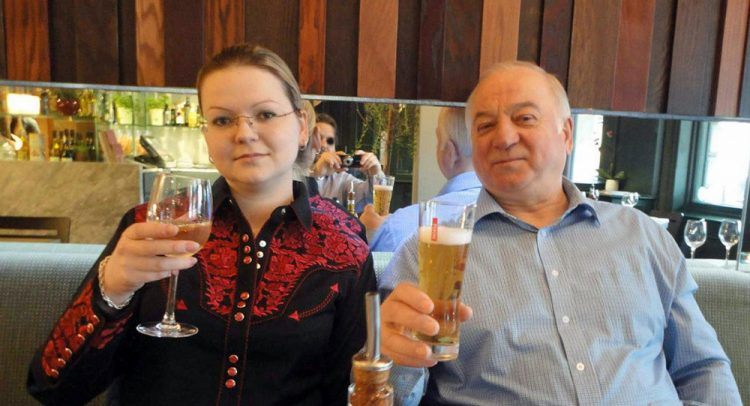 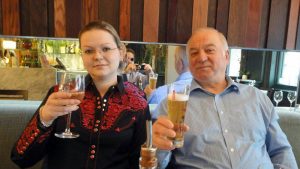 The UK will expel 23 Russian diplomats over the poisoning of former double agent Sergei Skripal and his daughter Yulia in the single biggest expulsion in more than 30 years.

Theresa May, UK prime minister, says a deadline issued on Monday for Moscow to provide an explanation for how a Russia-made nerve agent had ended up in Salisbury met “complete disdain”.

“They have treated the use of a military-grade nerve agent in Europe with sarcasm, contempt and defiance,” she said in parliament on Wednesday.

“There is no alternative conclusion other than that the Russian state was culpable for the attempted murder of Mr Skripal and his daughter and for threatening the lives of other British citizens in Salisbury.”

Skripal, 66, and his daughter Yulia, 33, were found unconscious on a bench outside a shopping centre in the southern English city of Salisbury on March 4, after they were poisoned with a nerve agent.

A former double agent, Skripal betrayed dozens of Russian agents to British intelligence before his arrest in Moscow in 2004.

May announced a range of responses to the alleged murder attempt, including withdrawal of an invitation to Sergey Lavrov, Russian foreign minister, to visit the UK.

Cabinet ministers and members of the royal family would not attend the World Cup in Russia this summer.

May said the expelled diplomats were identified as “undeclared intelligence officers” and were given one week to leave the country.

Proposals for new legislation to “harden our defences” against “all forms of hostile state activity” would be developed urgently, May said.

She also announced plans to increase checks on private flights, customs and freight, and freeze Russian state assets where there is evidence they may be used to threaten the life or property of UK nationals or residents.

The Russian embassy in London called the expulsion of diplomats a “hostile action” which is “totally unacceptable, unjustified and shortsighted”.

In a statement, the embassy said Alexander Yakovenko, Russia’s ambassador, had been summoned to the UK’s foreign office on Wednesday where he was informed of the punitive measures.

“All the responsibility for the deterioration of the Russia-UK relationship lies with the current political leadership of Britain,” the statement said.

The Russian foreign ministry said the measures were an “unprecedentedly blatant provocation”.

“[It] undermines the foundations of dialogue between our countries,” a statement published by Russia’s Tass news agency said.

On Monday, May told parliament it is “highly likely” that Russia is responsible for the “reckless and despicable act”.

She said Skripal and his daughter were poisoned with a military-grade nerve agent of a type developed by Russia, which is part of a group of nerve agents known as Novichok.

“Either this was a direct act by the Russian state against our country, or the Russian government lost control of its potentially catastrophically damaging nerve agent and allowed it to get into the hands of others.”

May issued a deadline for Russia to provide an explanation by the end of Tuesday.

Mathieu Boulegue, a Russia specialist at the UK-based Chatham House Institute of International Affairs, says May’s announcement had been a mixture of “business as usual, and showing a bit of teeth”.

“In a way it [May’s announcement] it’s quite mild … I would have expected the reaction to have been stronger, with more international traction gathered by the UK beforehand,” Boulegue told Al Jazeera.

“Moving forwards, the key issue will be how Russia responds [and] whether it gets involved in a tit-for-tat game of sanctions and expulsions with the UK will determine who has the last word.

“[But] this has already gone beyond the Litvinenko case, because whatever happens now Russia has to be responsible … all that appears to matter [to the UK government] is that Russia is responsible and has to be punished.”

The poisoning of Skripal and his daughter has drawn comparisons to the murder of Alexander Litvinenko in 2006.

A British inquiry said in January 2016 that Moscow had “probably” ordered the poisoning of Litvinenko, who lived in exile in Britain.