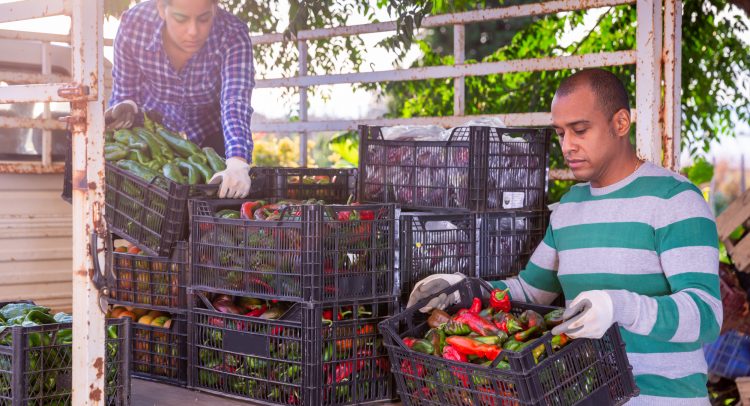 UN Food Systems Summit: the countries of the Americas reach consensus to ensure that the voice of farmers is heard at the global forum

San José, 23 June 2021 (IICA). The countries of the Americas took a fundamental step towards defining the convergent messages that will be presented to the rest of the world at the 2021 Food Systems Summit convened by the UN, after representatives of the governments of the Hemisphere agreed to bring agriculture and farmers, the guarantors of global food and nutritional security, to the forefront.

Consensus was reached after an intense session organized by the Inter-American Institute for Cooperation on Agriculture (IICA) in which more than 70 experts and officials from the different countries participated, and which closed a cycle of three Virtual Dialogues in Support of the Summit

The participants agreed that it is essential to ensure that the voice of the countries of the Americas is heard at the global meeting. The region is not only the world’s breadbasket but also the backbone of environmental conservation, due to the exceptional richness of its ecosystems and its biodiversity.

During this third dialogue, government representatives shared the conclusions reached in their respective national dialogues and exchanged opinions on what the priorities should be in the region’s proposals.

“The Summit constitutes a unique opportunity for the countries of the Americas to develop a joint vision. These dialogues have allowed us to discover that we have differences, but also common ideas. It is important to offer a counter-narrative to those who want to impose on us our choices of food” said Cathy McKinnell, Senior Advisor at the Foreign Agricultural Service of the United States Department of Agriculture (USDA).

For his part, Fernando Zelner, Special Advisor at the Ministry of Agriculture, Livestock and Food Supply of Brazil, highlighted that “much progress has been made in these dialogues and the set of messages is very strong and solid. We have managed to establish common points even though our hemisphere is very diverse: the messages reflect the positions of both large food exporters, such as Brazil and Argentina, as well as the small island countries of the Caribbean. We are supported by one billion people who inhabit the Americas”.

Ariel Martínez, Undersecretary of Political Coordination of the Ministry of Agriculture, Livestock and Fisheries of Argentina, considered that “in addition to strengthening soil protection, which we consider paramount, we must pay special attention to the question of water, which is precisely what sustains soil health. Both are central to agriculture”. The official also congratulated IICA and “our fellow countries for the work they have done to prepare these messages, which are not only fitting in terms of their content, but also ensure that the region reaches the Summit with great political force”.

IICA has also recently organized numerous debates and preparatory activities for the Summit, with different actors from production chains. These events proved useful to strengthen consensus on which actions are necessary to improve the sustainability of agrifood systems.

The Institute defined three general principles in preparation for the Summit: agricultural producers must be duly represented; decisions and policies adopted must be based on science; and agriculture is part of the solution to the main challenges facing humanity.

Based on these principles, key messages were drafted that were modified according to contributions received during the in-depth discussion process, and were grouped into four categories: transformation of agrifood systems; consumer demand and nutritional aspects; production strategies and environmental issues; and the role of the Americas.

The Peruvian delegation pointed out that “without agricultural production, there are no raw materials that can be transformed into food and, therefore, food security is put at serious risk”. Carlos De los Ríos, Advisor at the Ministry of Agrarian Development and Irrigation, said that in Peru “family farming is very important for nutritional quality” and added that his country “is characterized by agrodiversity”.

The role of the State in educating consumers on the qualities, advantages and disadvantages of different foods was also underscored as a key issue by Santiago Argüello, General Director for the Promotion of Agriculture at the Secretariat of Agriculture and Rural Development of Mexico: “Labeling the products is key; the State must be proactive so that the consumer can make the best decision”.

For her part, Angélica Cedeño, Head of Legal Affairs at the Office of Agricultural Trade Agreements (OTCA) of the Dominican Republic, mentioned that in her country, twelve dialogues were held with the public and private sectors, where “much emphasis was placed on food security and protecting farmers, including from natural disasters”. Mrs. Cedeño awarded special importance to the message focusing on the vulnerability of Caribbean nations.

The need to call attention to the fundamental role of soil and water in agriculture and food production was highlighted by Alejandro Pineda, from the Directorate of Water and Soil of the Nicaraguan Ministry of Agriculture.

“Climate change poses a challenge for us now, as it will in the future. It is good to talk about the resilience of food systems and it is important to focus on adaptation, as there are many changes in terms of pests, diseases and droughts”, cautioned Miriam Bueno, Technical Food Safety Director at the National Service of Agrifood Health and Safety (SENASA) of Honduras.

Saúl Campos, from the Vice Ministry of Food and Nutritional Security of Guatemala, pointed out the need to include “the concept of integrated management of renewable natural resources, mainly the management of hydrographic basins and the education of the population of vulnerable areas, in order to mitigate soil and forest degradation”.

Based on the contributions and suggestions of the representatives of its thirty-four Member States, IICA’s Executive Committee -made up of representatives from a dozen nations- will define the final version of the document at its meeting scheduled for 28 and 29 June.

The Food Systems Pre-Summit will be held between 26 and 28 July in Rome with the participation of IICA, which is part of the Summit Champions Network, and is made up of a group of individuals and organizations committed to fulfilling its objectives. The Institute will be representing the agricultural and rural sectors of North America, Latin America and the Caribbean.

The 2021 Food Systems Summit was convened by UN Secretary-General, Antonio Guterres, in order to establish global commitments and measures to transform food systems, in a way that guides the world towards the fulfillment of the Sustainable Development Goals (SDGs), which aim to bring peace and prosperity to the world’s population

“We do not know what the final result of the Summit will be; but what we do know is that there will be a contribution from our region, and that our perspective will be put on the table” said IICA Deputy Director General, Lloyd Day, celebrating the commitment and the valuable contributions of the governments of the Americas during the discussions to define the messages.

In his closing remarks, the Director General of IICA, Manuel Otero, thanked the participants for their efforts and commended them for setting aside the specific characteristics of each country or region for the sake of the common good: “We have condensed the best of each one to prepare a document that does not belong to IICA, but to the countries”.

Otero affirmed that “what is at stake at the Summit is the transformation of the world’s agrifood systems, but above all the future of the rural territories of our Americas. We have a calling to be the guarantors of world food security and of the planet’s environmental sustainability. Our hemisphere is key to ensuring a more sustainable development. We must be proud of the road traveled, knowing at the same time that certain transformations need to be made”.

“We must seek solution-based proposals”, he concluded, “in order to improve food security, nutritional quality and the sustainability of our agrifood systems, by interpreting the voice of agriculture in the Americas”.

High court limits when police can enter home without warrant