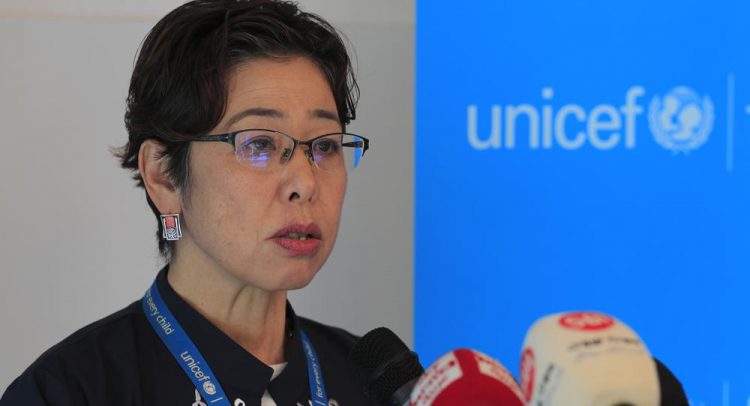 BEIRUT (AP) — Lebanon’s severe economic crisis has left some children hungry and without good medical care, and forced others to drop out of school to help their families, the United Nations said Tuesday.

The U.N. children’s agency report came as the Lebanese pound traded at 23,500 to the dollar — close to lows briefly reached in the summer — further eroding the purchasing power of families in the small nation. Nearly three-quarters of Lebanon’s 6 million residents, including a million Syrian refugees, now live in poverty, according to the U.N.

“Unless we act now, every child’s future in Lebanon is at stake,” said UNICEF’s representative in Lebanon, Yukie Mokuo.

Lebanon’s two-year economic meltdown is rooted in decades of corruption and mismanagement and has been described by the World Bank as among the worst the world has witnessed since the 1850s. Tens of thousands have lost their jobs since October 2019 while the pound has lost more than 90% of its value.

The situation has been made worse by the coronavirus pandemic and a massive explosion at Beirut’s port in August last year that killed 216 people, including six children, and injured more than 6,000, including about 1,000 children.

“Lebanon is very sadly in free fall and it’s quickly hitting rock bottom,” Mokuo said at a news conference. “This is a crisis of children that threatens to leave almost every child in the country very vulnerable and very much in need.”

New figures released by UNICEF show a dramatic deterioration in living conditions over six months, with more than half of families having at least one child who skipped a meal in September. That compares to about 37% in April.

The agency added that more than 30% of surveyed families reported cuts in education expenses, compared with 26% in April.

Almost 34% of children who required primary health care did not receive it, up from 28% in April, UNICEF said.

The report is based on child-focused assessments conducted by UNICEF in April and again in October among the same families.

“The staggering magnitude of the crisis must be a wake-up call. Urgent action is needed to ensure no child goes hungry, becomes sick or has to work instead of receiving an education,” Mokuo said.

UNICEF said as families face “skyrocketing inflation” and increasing poverty, 40% have had to sell household items, up from 33%. Seven in 10 had to buy food on credit or borrow money to afford food, compared to six in 10 in April.

UNICEF said the situation worsened this month after the government started reducing subsidies for some types of medications, including for high blood pressure and cholesterol.

UNICEF’s representative in Lebanon, Yukie Mokuo, speaks during a press conference in Beirut, Lebanon, Tuesday, Nov. 23, 2021. Lebanon’s severe economic crisis that threw much of the population into poverty is dramatically affecting children leaving some go to bed hungry, lack good medial care and drop out of school to help their families, the U.N. children’s agency said Tuesday. (AP Photo/Hussein Malla)

WHO Europe warns of possible surge in COVID deaths ahead

Back in power, Israel’s Left finds its influence is limited