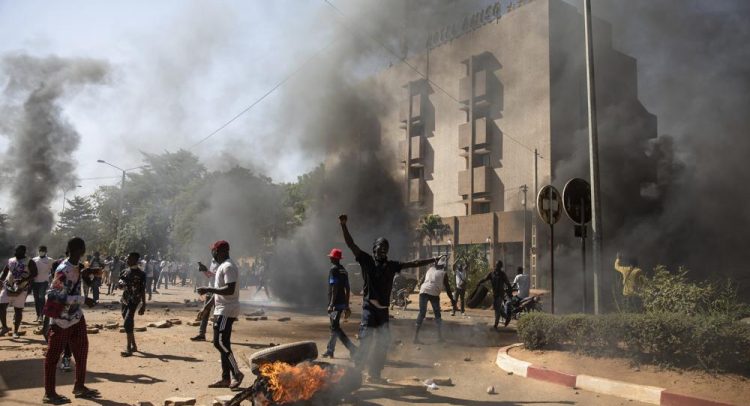 Michelle Bachelet, the U.N. high commissioner for human rights, spoke to The Associated Press during her first visit to the war-weakened nation, which has seen an escalation in human rights abuses by its own security forces as it attempts to tackle a jihadi insurgency linked to al-Qaida and the Islamic State group.

“Burkina Faso is in the grip of not one but several major, intersecting crises,” she said. “I stressed with President Kabore, it is essential that all perpetrators of such human rights violations and abuses be brought to justice, regardless of their affiliation.”

Bachelet’s visit comes as accusations of human rights abuses by the security forces and jihadis are increasing. Last week at least 15 people were allegedly killed by the army in the southwest, according to civil society groups.

“Burkina Faso has been rocked by atrocities by jihadis and pro-government forces alike in violence which has killed hundreds, decimated entire villages, and left untold broken lives in its wake,” said Dufka, urging that Bachelet’s visit bring this suffering into focus and pressure all armed groups to stop waging war on civilians.

As security decreases, the security forces will likely resort to more aggressive and extrajudicial tactics to try and stem the problem, which will lead to a vicious cycle of distrust and the inability to control the situation, said Laith Alkhouri, CEO of Intelonyx Intelligence Advisory, which provides intelligence analysis. “Should reports of human rights abuses go unchecked, it will lead to further distrust in the government’s ability to address security concerns.”

Residents are growing increasingly frustrated at the government’s inability to stem the violence. Protesters threw rocks and security forces fired tear gas during a protest last week calling for the president’s resignation. More protests are planned.

Bachelet said Burkina Faso has a tradition of ensuring the peaceful coexistence of its people and called on the government to create a space for meaningful dialogue and for parties to air grievances.

While the government has launched investigations into allegations of human rights abuses by the security forces, no one has been convicted.

Meanwhile, civilians who accuse the army of killing or disappearing their relatives are asking the government to stop the abuse.

“They are arresting and executing anybody and I am against it, even if he is a terrorist,” said Hamadou Diallo, who has not seen his nephew since the nephew was taken by the army two years ago outside of the town of Dori. “If someone is not armed and they arrest him, they can judge and sentence him.”