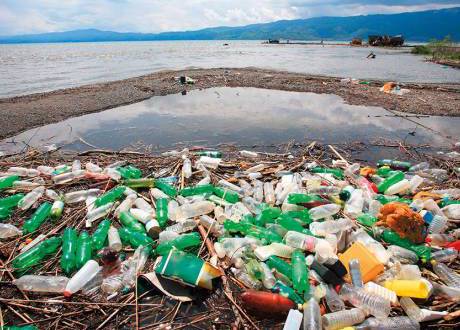 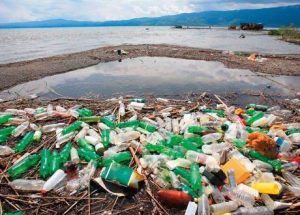 Up to five trillion grocery bags are used each year and like most plastic garbage barely any is recycled, the UN said yesterday as it warned the world was choking on trash.

In a report for World Environment Day, the UN warned at current levels the earth could be awash with 12 billion tonnes of plastic trash by the middle of the century.

“Our oceans have been used as a dumping ground, choking marine life and transforming some marine areas into a plastic soup,” said Erik Solheim, head of UN Environment, in the report released in New Delhi.

“In cities around the world, plastic waste clogs drains, causing floods and breeding disease. Consumed by livestock, it also finds its way into the food chain.”

Most of this plastic garbage clogging waterways and landfill is single-use items like straws, bags and cutlery.

“If tied together, all these plastic bags could be wrapped around the world seven times every hour.”

Some 79 per cent of the plastic ever made has ended up dumped, with hardly any reused or destroyed despite recycling and other initiatives to curb use, the report said.

Just nine per cent of the nine billion tonnes of plastic the world has ever produced has been recycled. Only a little more — 12 per cent — has been incinerated.

This leaves only landfills, oceans and waterways as the resting place for the world’s plastic trash, where it takes thousands of years to decompose.

Plastic clogging sewers — a major problem in Delhi and slums across the developing world — can spread disease or wind up in the stomachs of animals, the UN said.

In India, plastic has been found inside dead cows while a whale in Thailand died after consuming waste bags.

The UN said more than 60 countries had introduced bans and levies on single-use plastic items like bags.

But better waste management, financial incentives to change consumers’ buying habits and research into alternative materials were needed to make any real change, it added.

“To meet the rising tide of plastics, we urgently need strong government leadership and intervention,” the report said.