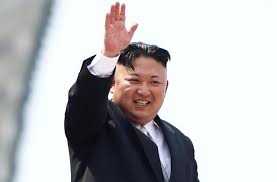 U.S. intelligence experts are trying to build a profile of Kim Jong Un to give President Donald Trump a competitive edge in one of the most consequential summits since the Cold War, but they face a huge challenge – figuring out a secretive North Korean ruler few people know much about.

Following a long tradition of arming U.S. presidents with political and psychological dossiers of foreign leaders ahead of critical negotiations, government analysts are gathering every new bit of information they can glean about Kim and making adjustments to earlier assessments of what makes him tick, U.S. officials told Reuters.

They will rely in part on the impressions drawn by CIA director Mike Pompeo, who just weeks ago became the first Trump administration official to meet Kim. Pompeo, Trump’s pick to become secretary of state, came back from Pyongyang privately describing the young North Korean leader as “a smart guy who’s doing his homework” for the meetings, according to one U.S. official, who described Pompeo’s personal view of Kim for the first time.

The profile will also include intelligence gathered in past debriefings of others who have interacted with Kim, including ex-NBA star Dennis Rodman, Kim’s former classmates at a Swiss boarding school and South Korean envoys, other U.S. officials said, speaking on condition of anonymity.

All of this is being used to update the U.S. government’s classified file on Kim’s behavior, motives, personality and leadership style to help Trump and his aides develop a strategy for dealing with Kim at the expected first-ever meeting of U.S. and North Korean leaders.

A White House official declined to confirm any specifics about the drive to better understand Kim, except to say: “There is a robust whole of government effort under way to prepare for the president’s summit,” which is targeted for late May or early June.

Despite that, direct knowledge of Kim remains limited – a “black box,” according to one U.S. official familiar with the profiling efforts – especially given the scarcity of spies and informants on the ground and the difficulties of cyber-espionage in a country where Internet usage is minimal.

When Kim first came to power, the CIA predicted that Kim’s rule might be short-lived. Seven years later that prediction has been dropped and he is now seen as a shrewd and ruthless leader. More recently, many U.S. experts were caught off-guard by how nimbly Kim shifted from his saber-rattling drive to build a nuclear missile arsenal to diplomatic outreach.