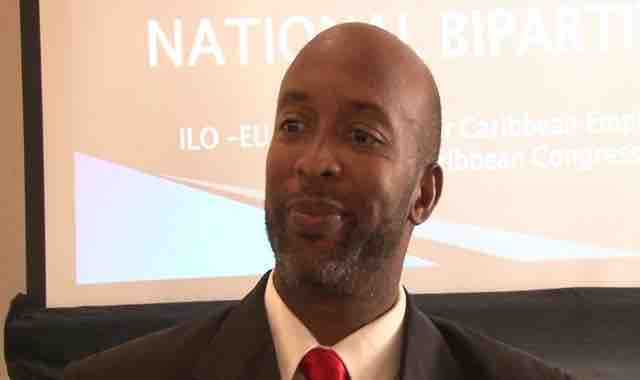 Joseph O’Flaherty, the president of the Union recalled the circumstances that led to attention being placed on women in the workforce and eventually the designation of the day by the United Nations.

The roots of the day are tragic, Union President O’Flaherty explained, saying that many person in our country are not aware of how the special day for women came about.

“In New York, there was a fire in the garment district. The women were locked in on the factory floor, because there was some issue of them leaving their posts too often. So the fire broke out, and in a garment place, it is easily combustible,” O’Flaherty said of the tragic situation.

The Union president continued, “Many of the women died, and it was an issue taken up by several groups, then the United Nations championed it and created the International Women’s Day to bring light to the plight of women workers, their work conditions and to set an international forum for improving the working conditions, more toward a decent work environment.”

Recognising that workers are the building blocks of the country, O’Flaherty noted that women make up more than 50 per cent of the workforce in the federation.

“So, just by numbers, their presence is significant. The quality of work that they put in, in terms of professionalism, productivity, self-education, so that they can enhance their work output is quite significant from the Union’s point of view,” the Union president remarked.

In this first awards luncheon, the Union will recognise the contribution of women working in two distinct areas of endeavour.

And from a global perspective, the Union president believes that women workers of St. Kitts and Nevis are very relevant to the competitiveness of our nation, and, as a nation, we certainly should recognise their contribution.