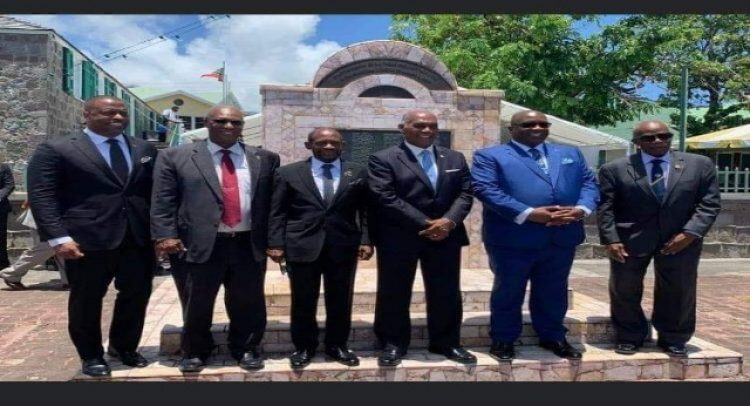 Basseterre, Saturday, 1st August, 2020, (MyVue News.com)- The special sitting of the Nevis Island Assembly, in Charlestown, on Friday, 31st July, 2020, will one day, be seen as an historic moment, not only for the commemoration of a tragic disaster, for which they were gathered, but also, simply because of the officials in attendance.

It was the eve of the anniversary of the most hurtful and disastrous boating accident, ever to visit the lives of the people of St. Kitts and Nevis, on 1st August, 1970, and all living former premiers, (Nevis) and prime ministers, (St. Kitts & Nevis),along with the current office holders of prime minister and premier, relaxed their political divisions, to gather together, to deliver speeches, reflecting on how the MV Christena’s accident, impacted the social, economic and political life of the citizens.

It was the first time ever, that all of these political figures were united around one cause, sitting, (almost), together, in the same room, in reverence of the 233 souls lost on that day of horror, 50 years in the distance.

As they met in the Assembly Chambers, known as “Hamilton House,” what they may not have realized, is that (Alexander) Hamilton, (a Nevisian by birth but an American Hero), in whose honour the Chambers are named, was the founder of the United States Coast Guard.

In 1970, it was also the same US Coast Guard, that helped to recover many bodies, afloat in the Caribbean Sea.

Each leader spoke of their own experiences, surrounding the tragedy, including the country’s First Prime Minister, and National Hero, Kennedy Simmonds, who, at the time of the accident, was the only doctor on Nevis, and had the awesome task of treating all of the rescued survivors, except two.

Former Prime Minister, Dr. Denzil Douglas, also gave accounts of him travelling on the Christena, the same day of its sinking, but fortunately, the early morning schedule, from Nevis to St. Kitts, that kept him far from the actual disastrous trip.

Former Premiers, Vance Amory and Joseph Parry, both travelled frequently on the ferry, while attending Grammar School in Basseterre, but as fate would have it, not on that dreadful day, given that school would have been on its long summer break.

The current premier of Nevis, Mark Brantley, was but a 1 year old at the time of the disaster, but now that he serves as head of the local government in Charlestown, he revealed three initiatives that his local administration will pursue, as a memory of the incident.

These include a scholarship for the study of maritime affairs, an annual swimming training program and a bursary for research on the accident.

Incumbent prime minister, Timothy Harris, reflected on some of the progress made since 1970 and new safety initiatives in place to help prevent another disaster, the magnitude of the 1970 sinking of MV Christena.

However, easily lost in the Friday ceremony with the gathering of all those public figures, is the effort itself, to convince the political friends and foes to participate in the service.

On the surface, it would seem elementary, but within the context of the local political culture, it is not a feat that should be ignored, especially recognizing that at the same time when they were gathered, their lawyers were at the High Court in Basseterre, battling over seven Election Petitions, to throw each other out of the national parliament, following elections, in June this year.

Therefore, much recognition should be offered to the Cabinet of the Nevis Island Administration, and its Premier, Mark Brantley, for being bold enough to take the initiative to invite the (present or former) leaders of PAM, CCM, PLP, SKNLP and NRP, to unite their voices, in solemnity, rather than the traditional political discord.

The tragedy impacted countless families across the Narrows of St. Kitts and Nevis, and today, it remains a painful discussion for many.