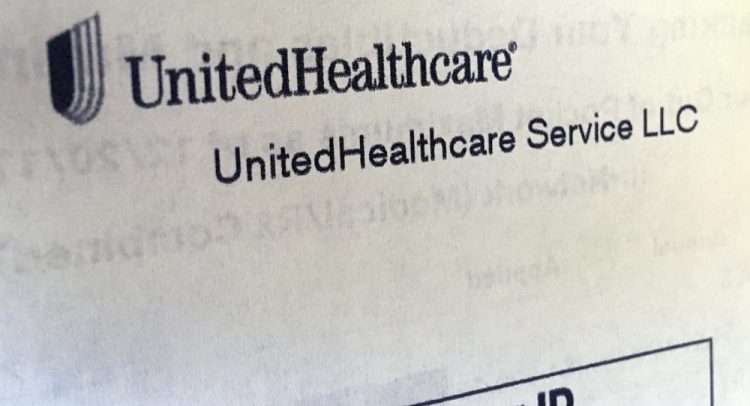 MINNETONKA, Minn. (AP) — UnitedHealth’s Optum division continues to outperform and after putting up better-than-expected numbers for the third quarter, the nation’s largest health insurer raised its outlook for 2021 for the third time.

UnitedHealth runs UnitedHealthcare, a health insurance business that covers more than 48 million people mostly in the United States. Its Optum segment also runs one of the nation’s largest pharmacy benefit management operations as well as a growing number of clinics and urgent care and surgery centers.

For the three months ended Sept. 30, UnitedHealth earned $4.09 billion, or $4.28 per share. Removing non-recurring items, per-share earnings were $4.52, or 11 cents better than Wall Street had been projecting, according to a survey by Zacks Investment Research expected.

It was also far above the $3.17 billion profit that the Minnetonka, Minnesota, company posted last year.

UnitedHealth Group Inc. is the first insurer to report earnings every quarter, and analysts see it as a bellwether for the sector.

In the Optum unit, revenue rose to $39.8 billion from $35.4 billion. Revenue per customer increased rose 30% to serve 99 million people by quarter’s end. It served 98 million people a year earlier.

Optum’s prescription business continues to shine. OptumRx adjusted prescriptions climbed 6% as it served more people and as the provision of care and usage of pharmaceuticals has continued to recover over the last year.

The health insurance industry appeared to be emerging from the pandemic after the emergence of vaccines in early 2021, and UnitedHealth had believed it would see the benefits of a return to normalcy in the second half of this year.

Things grew murky by mid-July, however, as the delta variant began to spread, fueling another surge in cases and hospitalizations that grew in July and August. Hospitals again postponed thousands of elective or non-emergency procedures again so staffs could focus on treating COVID-19 patients.

Over the past month, cases have begun to recede rapidly again.

UnitedHealth now foresees its full-year adjusted earnings in a range of $ 18.65 to $18.90 per share. Analysts polled by FactSet expect $18.75 per share.

UnitedHealth has said the forecast includes a potential hit of $1.80 per share from the pandemic.